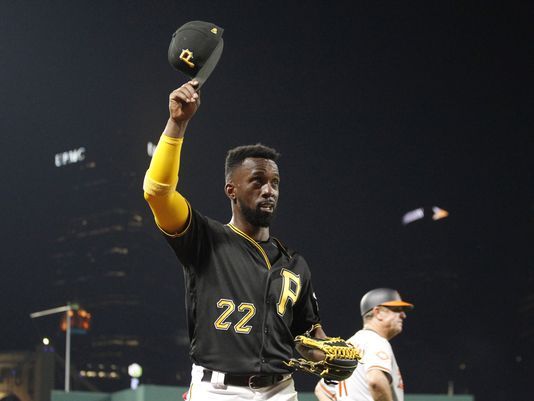 Just three years removed from a 98-win season and the second-best record in Major League Baseball, the 2018 Pittsburgh Pirates will be filled with skepticism, concern and presumed underachieving.

Even after off-seasons in which much of the Pirates’ talents departed, the fan base still had faith that the core could build potential postseason runs in the 2016 and 2017 seasons. Little to no faith exists for the 2018 squad.

The Pirates snapped a notorious streak of 20 consecutive losing seasons in 2013, and their success guided them to three straight MLB Postseason berths from 2013 to 2015. From the 2015 season, only a handful of players remain on the roster.

The Pittsburgh Pirates will enter the 2018 season with their lowest set of expectations since manager Clint Hurdle’s first two seasons (2011 and 2012).

The downfall was slightly visible over the past few years, but had not been exposed until the end of the 2017 season and the current off-season.

After a 2016 season in which the team suffered a 20-win drop-off and finished under .500 for the first time since 2012, expectations were that changes were coming.

Rumors began to come about regarding a trade involving their franchise cornerstone, center fielder Andrew McCutchen. McCutchen was nearly dealt to the Washington Nationals before they acquired outfield talent elsewhere.

Very few changes occurred during the 2016 off-season, and the Pirates would have to rely on depth and production from those already on the roster and in the minor leagues.

Third baseman Jung-Ho Kang was placed on the restricted list in December 2016 for DUI troubles, while left fielder Starling Marte was suspended 80 games in early April for testing positive for performance-enhancing drugs. These antics would leave the Pirates without two of their top talents for the majority of the 2017 season.

The Pirates defined being mediocre and below-mediocre for the majority of the first half of the season. They entered the All-Star Break 5 games under .500, but a seven-game homestand highlighted by a 6-1 record (three walkoff wins), and the return of Marte pulled Pittsburgh within a few games of first place in the National League Central.

However, the wheels fell off for Pittsburgh right after the trade deadline. They traded long-time reliever Tony Watson to the Dodgers for just two prospects, and immediately acquired reliever Joaquin Benoit from the Phillies. Benoit, 40, pitched to a 7.56 ERA in just 8.1 innings with the Pirates.

The team also attempted to make it look as if they were continuing to compete by picking up reliever George Kontos and utility man Sean Rodriguez in separate transactions following the trade deadline.

However, multiple extended losing streaks in August and September, most notably two individual losing streaks (6 and 7 games) in mid-September, halted any momentum the Pirates generated during 2017, as they finished with 75 wins and 87 losses.

The 2017 off-season has raised more questions: Will they trade the core and begin a complete rebuild? Will they attempt to add a few pieces and compete for one more year before Andrew McCutchen’s contract ends in 2018?

The Pirates have responded to these questions by doing absolutely nothing, aside from a few minor league deals.

Recently, FOX Sports’ Jon Morosi reported that starting pitcher Gerrit Cole had been traded to the Houston Astros, but it was deemed a false rumor. However, questions will continue to surround this and the Pirates’ entire off-season.

“They’ll rebuild and have a few more decent years before they decide to rebuild again,” said Evan Vogini, a Pittsburgh native.

The team is stable for now, but the next few weeks will likely change the entire dynamic of the Pittsburgh Pirates for the foreseeable future.