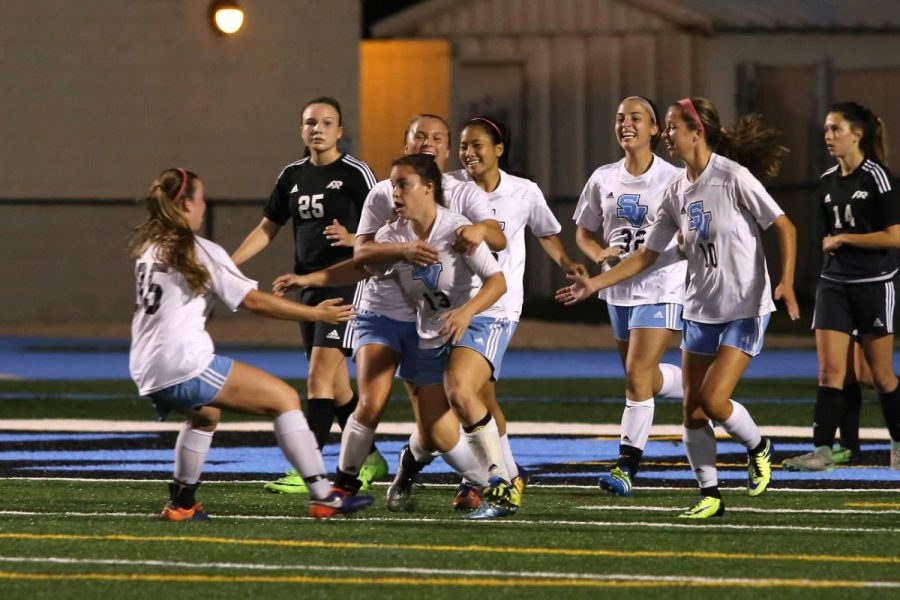 As the regular season winds down, head coach Mark Perry and the Seneca Valley Raiders girls soccer team have their sights set on another trip to the WPIAL Playoffs.

The girls, with an abundance of seniors such as Jenna and Jessica Pollaci, Paige Brady, Jessica Frank, Kailah Hinkle, Becca Bayne and Mary Sinan, started the above-average season on a high note.

The team, sparked by great defense, won their first four contests by shutting out Kiski on the road, coming home to shut out Montour in their home opener, holding Penn-Trafford to one goal in a rain-shortened victory, and traveling a long distance to shut out Altoona, as indicated by MaxPreps.

Once tougher play opened up, the girls dropped two 2-1 battles in-section at North Allegheny (in overtime) and out-of-section versus highly-ranked Norwin, with a shutout versus North Hills in between.

The girls turned the switch again, winning five of their next six WPIAL matches, including a shutout win at Shaler, an overtime shutout thriller versus Butler, a 4-1 victory versus rival North Allegheny, a commanding 6-0 shutout at North Hills and an 8-1 drubbing versus Shaler. The only loss in that stretch came in an overtime defeat at Pine-Richland.

The girls would again fall to Pine-Richland at home, before traveling to shutout Butler on the road and most recently falling in a road contest at Moon.

The girls finished with seven wins and three losses in WPIAL section play, while notching four wins and two losses in non-section play. A road game scheduled at Hempfield was canceled, and the girls are set to compete in one more regular season game versus Fox Chapel  at NexTier Stadium on Tuesday, October 17.

The seven wins and three losses drew the girls a second place divisional finish, falling only behind the Pine-Richland Rams, who coasted threw section play without losing a game.

Varsity contributions have come from all across. In addition to the seniors, the team has been built on depth from multiple levels. A myriad of girls have chipped into the winning ways, such as juniors Julia Redilla, Anna Takac, Ashley Rea, Madeline Neuschwander, Sammy Stevwing and Lauren Sileo. In addition, sophomores including Shannon O’Shea, Norah Seibel, Mia Zec and Breana Valentovish have helped pave the way for the success of the girls this season.

With a .688 winning percentage and an influx of talent throughout the organization, Seneca Valley’s girls soccer squad has primed itself for a deep run through the playoffs.