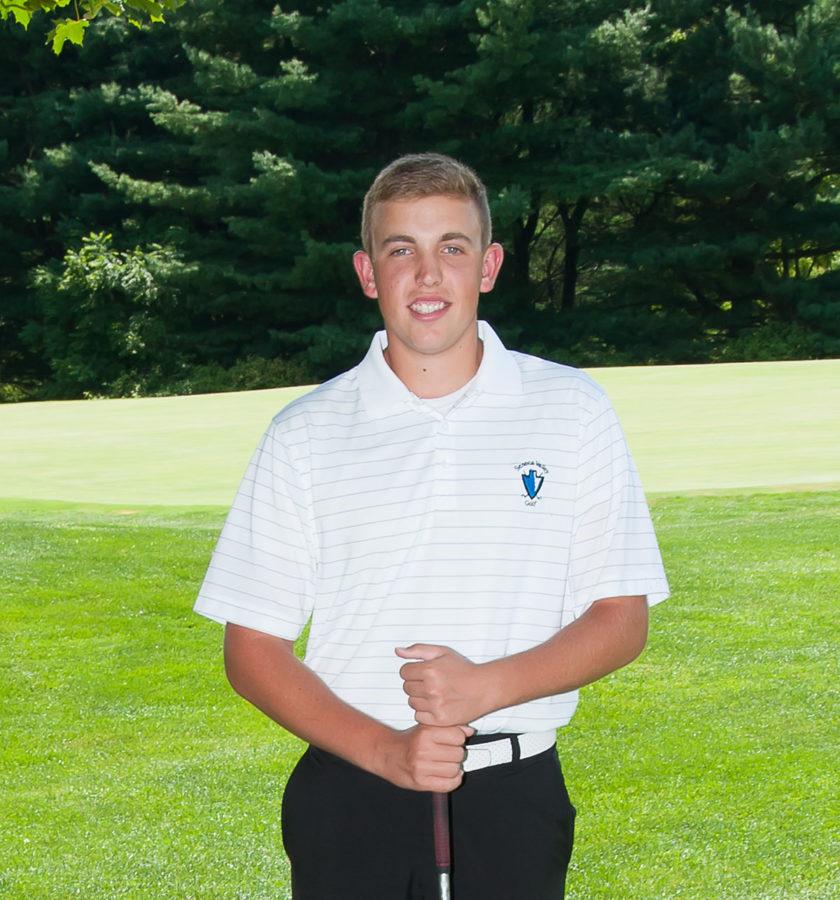 It’s that time of year again. Seneca Valley students are back in school, and Raider sports are just beginning. The Seneca Valley boys’ varsity golf team has got into the “swing of things” to start off their season last week.

Mr. Steve Mayes, the boys’ varsity golf team head coach, expressed his opinion on the final outcome of the tournament: “Overall, I thought we had a very successful tournament. We lost to perennial power Peters Township by 10 and had we played as well on the back nine as we did on the front nine, we may have beaten them.”

Mr. Mike Stebbins, a volunteer assistant coach for the boys’ golf teams and current senior high school librarian, was very pleased with Seneca Valley’s first section win of the year. He describes North Allegheny’s golf program as being “extremely strong”. The North Allegheny Tigers have advanced to the WPIAL finals the last two years. Coach Stebbins comments on the victory, “It was a very nice win to start the season, getting that first win out of the way, especially against North Allegheny. When you lose that first match in this section, it puts you in a tough spot. You pretty much have to win out to make the playoffs, which we have not done. Expectations for the players on the team are very high this year.”

Coach Mayes was happy with the win, as well. He predicts that winning the first section game, especially against North Allegheny, will give Seneca Valley a “huge boost to start the season”.

Last year, the Seneca Valley boys’ varsity golf team finished with a record of 9-3. As a team, Seneca Valley was a match away from qualifying for the WPIAL team playoffs. However, Adam Bushee, Andrew Smathers, Garret Schlick, and Tyler Leake made it to the WPIAL Individual Semi-Finals. Smathers, Schlick, and Leake only made it pass the first round, but Bushee advanced to the WPIAL Championships.

Coach Stebbins is not worried about the loss of these talented seniors, “We obviously lost a couple of guys from last year’s group, but there’s some new, young guys coming in who can really play, and I would expect us to win the rest of our matches.”

Most recently, Seneca Valley beat the Shaler Titans and the Pine Richland Rams in their two matches played this week. The Raiders are undefeated with a record of 3-0 to start the season.

Matt Blazewick, a Seneca Valley High School senior on the boys’ varsity golf team, is very optimistic about the season, “The number one thing to do is win the section because it helps boost confidence. We can use that momentum to carry into the playoffs. As a team, one of our main goals is to win all of our matches and go undefeated. We have not gone undefeated in as long as I can remember. It would be a huge achievement for the team. I feel very confident saying, ‘This is the year.'”