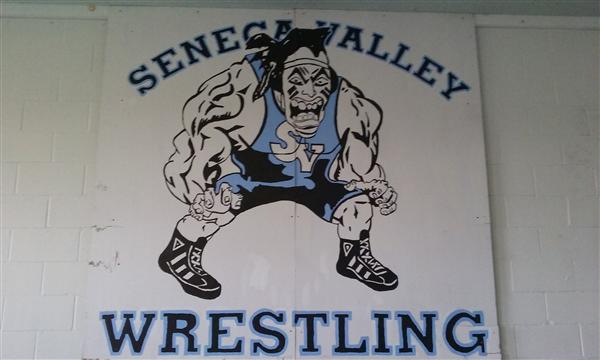 This year, Seneca Valley’s trestling team led their section, at the number one spot, with an undefeated record before going into the playoffs.

A great team comes from a great staff and players who are fully committed to refining their skills during their practice time together and individually once they’re on their own time.

“We do a couple days a week of conditioning as the season leads up during football or as soon as school comes back. There’s some wrestling clubs that a couple of the kids go to that are outside of the school for a couple nights a week if they want to go to them to get extra help,” said coach Wildrick, who also serves as the Dean of Students.

With any sport, great challenges come with it. Wrestling is no different as Wildrick explained what Seneca Valley’s wrestling team’s  largest challenge was, “Our biggest challenge lies with having the mix of some veterans that have been there for a few years  and we also have a lot of younger guys. The team is made up of a lot of tenth an ninth graders  who haven’t been on the team as long compared to some of the guys who have been there for a while. Just getting them to “gel” and work together right away was the initial challenge.”

While this combination of experienced SV wrestlers with more amateur SV wrestler creates challenge, it also serves as a means of strength, Wildrick said. “The nice thing about the “fresh blood” (the newer wrestlers) so to say is that a lot of them are very experienced, younger kids. They’ve been wrestling since they were really young. They do a lot over the summer and some of them are year-long wrestlers so that’s the only sport they do so they have a ton of experience underneath them even though they are very young.”

While Seneca Valley’s wrestling team lost to Shaler just recently for the section championship, this combination of “young and old” has brought about one of the most significant wins for the team this year. “We beat North Allegheny for the first time since 1982,” Mr. Wildrick told the newspaper.

With a fantastic season record and a huge accomplishment made, Seneca Valley’s wrestling team has done an incredible job this year through the guidance of the coaching staff. Perseverance, hard work, and love for the sport that have united the team and enabled to be wildly successful this season.