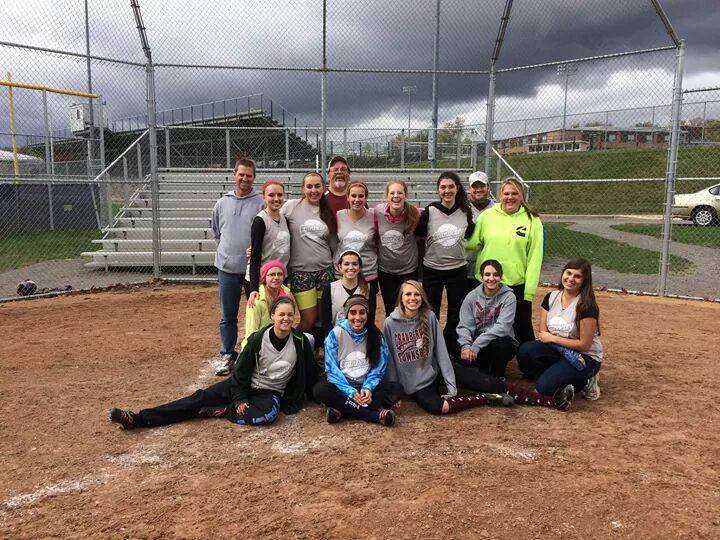 The new Seneca Valley girls’ slow pitch softball teams have been put together, making it one of the latest additions to Seneca’s long list of clubs and activities.

Earlier this year it was announced that SVSD would be absorbing the girl’s Cranberry Softball team into their activities list, allowing Seneca’s female students the opportunity to play their favorite sport for their school.

Jeremy Torrence, coach of the new SV girls’ softball team, has been tirelessly advocating and working towards the sport being a Seneca Valley activity option for years. After much discussion and hard work, his vision has finally come true. And according to his daughter, Mikayla Torrence, who also plays on the slow pitch softball team, said he has been working hard on things such as basic planning and tee shirt designs throughout the entirety of the past summer.

On the subject, Mikayla Torrence said, “I’m really looking forward to seeing our team work hard and win some games in SV colors. The discussion of becoming an official Seneca Valley activity has been going on for a while now and finally seeing it happen is surreal. My dad in particular has worked very hard for this to happen and I couldn’t be more proud of him. I cannot wait for the season to start and the other girls are equally as excited.”

The team will be dawning black attire to represent their school. Torrence spoke on the subject saying, “The uniforms will consist of black tank tops with a prominent SV logo, black pants and socks. We also plan on buying blue Under Armor or Nike long sleeve tee shirts for the colder games. Luckily with the generous donation from our sponsor, we’re able to buy these, so we’re really excited.”

Left center fielder and shortstop for the Varsity team, Julianna Scalone, also expressed her school pride towards the recent Seneca addition. When asked about her feelings towards the new addition, she said, “I’m extremely excited that softball is an SV sport now because it always feels great to be able to represent your school. I love being able to play in blue and black and I can’t wait for the games to start.”

Unfortunately for anyone currently wishing to join, tryouts for the 2015-2016 school year have already ended and the junior varsity, varsity, and both junior high teams have already been chosen.

Most of their games are expected to be played in Graham Park on Field H and the first game of their season is going to be played by Junior Varsity on the 12th of September.