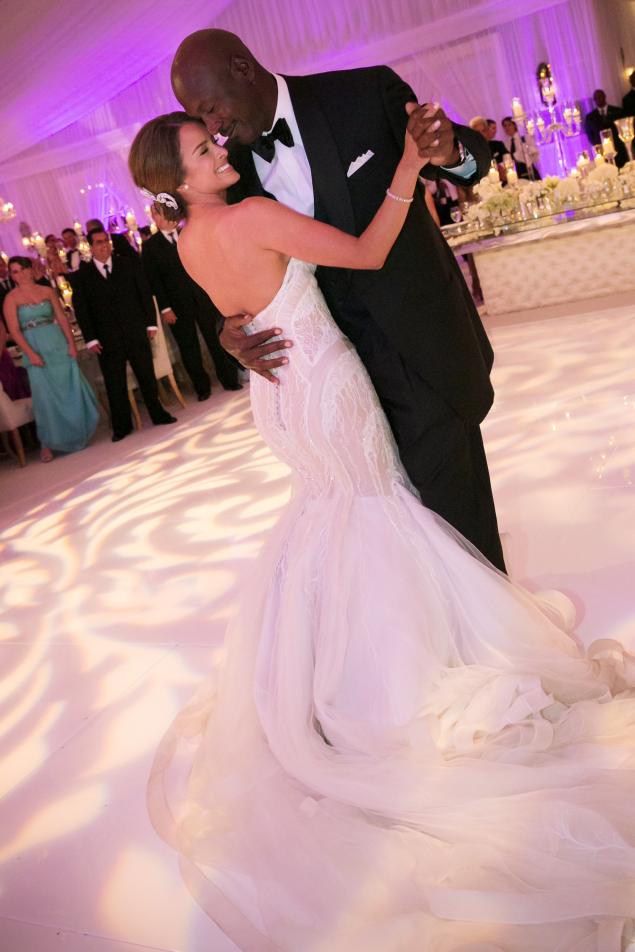 Michael Jordan and Yvette Prieto were surrounded by a few hundred of Jordan’s closest family and friends this past Saturday as they exchanged vows in Palm Beach, Florida.

The wedding was held at the Episcopal Church of Bethesda-by-the-Sea, and it included many famous guests like Tiger Woods, Patrick Ewing, Spike Lee, and Ahmad Rashad.

Prieto, a 35-year-old former model, wore a “French silk voile corseted sheer sheath gown by J’Aton Couture, in an ecru palette with accents of flesh tones, with handmade silk lace created especially for her, and enhanced with Swarovski crystals,” according to CBS news. It was even said to have highlighted a peacock feather design on the front.

The reception was then held at the Bear’s Club in Jupiter, Florida. This private golf club was designed by Jack Nicklaus, and Jordan even owns a home near the course.

And what better way to end the night then with a fireworks show.

Instead of accepting wedding gifts, donations were given to the James R. Jordan Foundation, and even the flowers used during the ceremony and reception were donated to the Jupiter Medical Center.

Jordan, 50, and Prieto, 35, met five years ago and have been engaged since December.

Jordan and Prieto certainly ‘had their cake and ate it, too’ on Saturday. An all-white, seven-layer white rum wedding cake doused in sugar crystals and brooches was devoured by everyone. The couples’ monogram also truly ‘topped the cake’. (Quite literally!)