The Frozen Four Comes to Pittsburgh 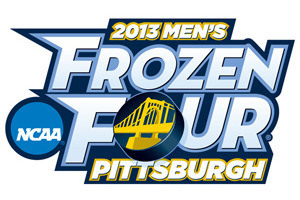 The first national championship in men’s hockey took place in 1948. Back then the game was played on a sheet of ice in the former riding stable in the Colorado Rockies named the Broadmoor.

With a small rink and only seating just a few thousand fans, the game was a whole different game. It was as secluded as it was in your face, but it was an event that lasted for over 10 years.

Today, the Frozen Four has turned into a massive set of games that packs NHL arenas around the country in cities such as Minneapolis, Boston, Denver even Tampa last year.

Television audiences number in the millions, and rosters feature players expected to impact the NHL one day.

Pittsburgh stepped up as the newest host topping a long line of cities that will bring the college hockey world together to crown a new champion.

But the soul of the event, say its longtime followers, is still rooted in the same passion that rose from the ice 65 years ago.

In the end, it would be down to just Yale and Quinnipiac. In a game not quite sold out, but full of energy Yale won their first national championship.

A final score of 4-0 showcased an amazing shut out from Yale goalie Jeff Malcolm, who made 36 saves on his 24 birthday no less according to SB Nation.