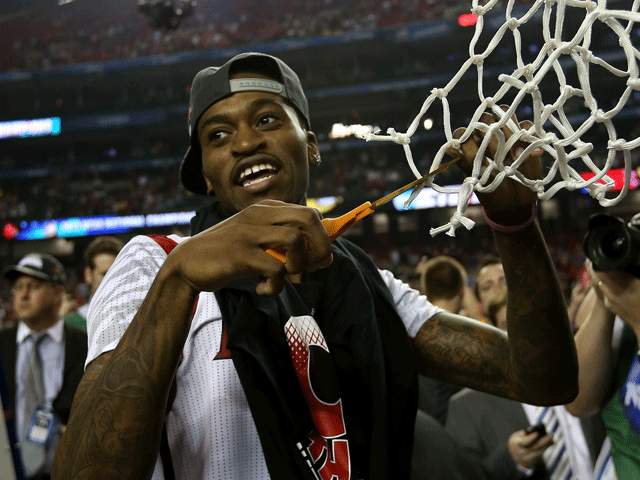 Every March and into the early parts of April, the basketball fans are rewarded with three weeks of upsets, big games, and insanity which all culminates in one city on the third weekend of the tournament, more commonly known as the “Final Four.”

Officially called the National Semi-final, reaching the Final Four is the number one goal for every division one team when Midnight Madness kicks off their season every year.

This year, the big dance known as March Madness didn’t fail to disappoint.

Of the four national semi-finalists, which include the Louisville Cardinals, the Michigan Wolverines, the Wichita State Shockers, and the Syracuse Orangemen, the only real shocker, ironically, is the Shockers.

After four wins the Shockers found themselves up against the tournaments overall number one seed: the Louisville Cardinals. The clock struck midnight, and the dance was over for the Cinderella team of 2013 as the Cardinals came out on top.

On the other side of the bracket, Michigan won a thrilling overtime game against number one seeded Kansas to earn a spot in the Final Four and a date with Syracuse. Michigan won by five points and moved onto the national championship game against Louisville.

In one of the most “epic  basketball games in history” according to CNN, the Louisville Cardinals came out on top with an 82-76 win over the four seeded Wolverines.

In the first half, Wooden Award winner (player of the year) Trey Burke scored seven quick points, but was forced to take a seat after picking up two quick fouls.

The freshman point guard came into the game averaging 1.8 points per game on the year, but no one told him that.

Albrecht went off scoring 17 points, including shooting 4/5 from beyond the arc and put his team up by 12 midway through the half.

Hancock made a name for himself in the final four match-up against Wichita State helping his team erase a 12 point deficit and rally to victory.

The second half was a different story for the two players. Hancock finished the game with 22 points while making 5/6 shots from the field, including a perfect 5/5 from three point range. Albrecht didn’t make a shot in the second half.

Burke returned in the second half and did all he could to will his team to victory by making big shot after big shot despite taking a physical pounding in the paint. Burke finished the game with 24 points on 7/11 shooting while playing only 26 minutes.

As incredible as the game was, perhaps the most incredible moment came after the final horn blew and the nets were being cut down.

Just a week after suffering a horrific broken leg, Louisville guard Kevin Ware was on sight to cheer on his team, and he too got a chance to cut down a piece of the net.

The hoop was lowered to accommodate the injured Ware, who cut the final piece of the championship net for the Cardinals.

The win Monday night was head coach Rick Pitino’s second national championship, which came on the same day he was inducted into the Naismith Memorial Basketball Hall of Fame.