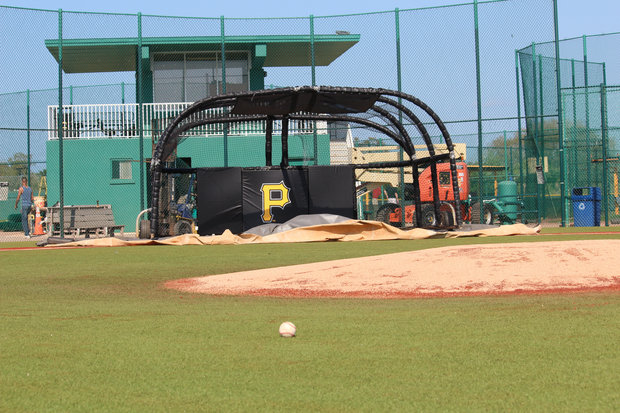 America’s past time has finally returned as the baseball preseason is in full swing in sunny Florida and Arizona.

McKechnie Field in Bradenton, Florida has played host to the Pittsburgh Pirates every winter since 1969, giving the black and gold a place to hone their skills after a long winter off.

The Pirates are one of the 15 major league baseball teams to play their spring ball in Florida’s Grapefruit league. The other 15 teams play in Arizona’s Cactus league.

This year’s edition of Spring Training has taken on much more significance after the season the Buccos had in 2012.

Through the first 107 games of the year, the Pirates boasted a record of 61 wins and 47 losses and were in prime position for not only a season above .500, but even for a shot at the playoffs. However, over the next 55 games, the Pirates went down in what’s becoming true Pirates fashion, losing 35 of their final 55 games and finishing the year with a 77-82 record.

2012 did give the Pirates hope, and that hope has made the journey down to Bradenton.

One of the brightest young stars in the Major Leagues, Andrew McCutchen, is back in the black and gold for another year after a near MVP caliber season in 2012.

Other Pirates players such as Neil Walker, Pedro Alvarez, and Garret Jones will also look to continue building on their performances from last year.

Another source of hope for the Pittsburgh faithful is 24 year old, left fielder Starling Marte. In his limited time in the big leagues last year Marte showed glimpses of brilliance; something Pirate fans hope can become a regular thing during the 2013 season.

Finally, the Buccos’ wily old veteran and number one pitcher AJ Burnett has come back for his second season with the Pirates. The Pirates opening day starter posted a record of 16-10 last year with a 3.51 ERA.

In addition to having the core of the team still in place, the Pirates went out over the winter and added some veteran players to create depth within the team.

Most notable of those additions is catcher Russell Martin, who signed a free agent deal after spending the last few years with the New York Yankees.

The Pirates do have their fair of question marks though. Most notably can Jason Grili move into the closer role after the departure of All-Star Joel Hannerhan? Can Pedro Alvarez finally piece together a complete season after showing signs of stardom and overwhelming power last year? Can McCutchen carry the team on his back again, or will other players step up?

One thing Pirates fans know they have for sure this year?

Hope that 2013 will end the streak of 20 straight losing seasons and return the Pirates to baseball’s elite.