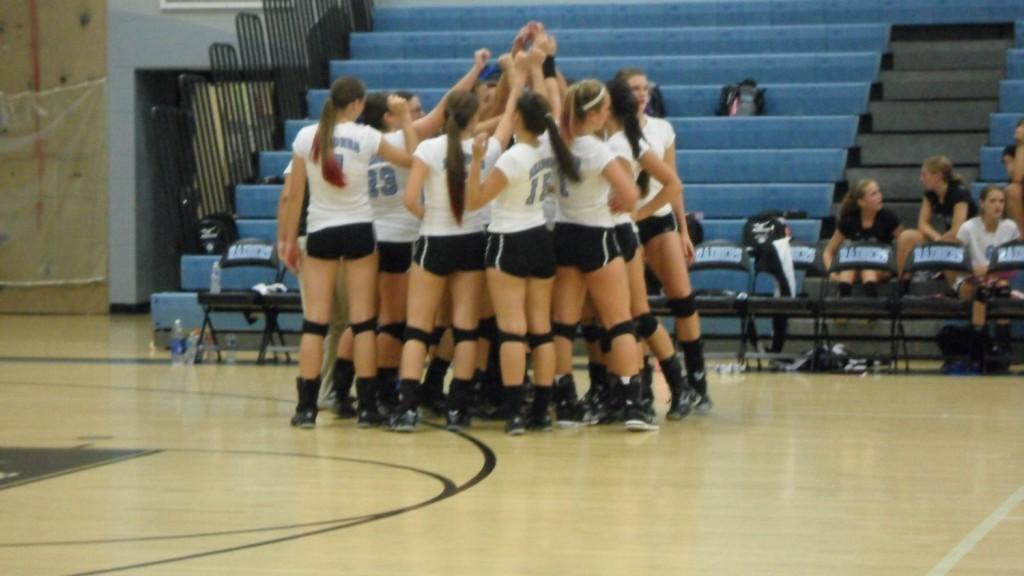 The 2012- 2013 girls’ volleyball team is back, and their season is already breezing by.

The girls had their first game on September 4, where they took on Fox Chapel at home and pulled out a win in four games. Seneca won three, Fox Chapel won one.

The team next took on Mars, at home again, on September 6. Seneca won three sets in this game, and Mars won two, giving Seneca another win and leaving their season record at 2-0.

The Raider volleyball team proceeded with their busy schedule that weekend as well. The girls finished second at their Garden Spot tournament. There, they beat State College in the quarter-finals and Hempfield in the semi-finals. They came to a stop and lost to the number three team in the state, Bishop Shanahan. Both Hempfield and State College are ranked teams in the league.

On September 11 the girls lost their first away game at Pine Richland 3-0 then, on September 13 the girls won 3-0 against North Hills.

According to Coach Martini, the season for the girls’ volleyball team officially started on August 16, which marked their first practice. Before this though, the team did a lot of summer training to prepare for the season in June.

When sophmore and member or the Varsity team, Sydney Martini  was asked about what she hopes her and her team will accomplish this year, she said, “We would like to win a WPIAL title, but right now we’re just taking it one game at a time.”

Last year the Raiders volleyball team record was 17-1 and they were WPIAL champs, leaving this year’s girls with big shoes to fill.