Girls’ Soccer Gets on Track After a Rocky Start 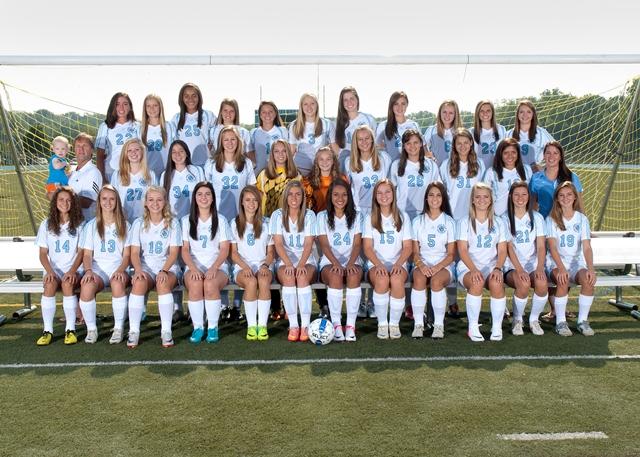 The Seneca Valley varsity girls’ soccer team has been known throughout WPIAL for having one of the most competitive teams in the league every year, and this year’s team is no exception.  This repetitively competitive team is partly due to the skill and experience of varsity coach, David Sylvester, and his assistant coach, the junior varsity coach Becca Pecora.

The rest of the credit goes to the players who, according to captain Melissa Lynskey, have great team chemistry together.  Team chemistry will be a vital part of the desire this season to win another section championship and possibly even a WIPIAL championship.

As the first week of school was ending, the girls did not get any rest as they traveled on Labor Day weekend to Ohio to play in a tournament.  However, after hours of driving the girls made it to the fields only to find out that the tournament was not until Monday.  So the decision was made not to use any more money and not to waste any more of the parents’ time and drive back out two days later.

Despite not playing in the opening tournament, the girls were getting excited about playing in their regular season opener at home Wednesday night against Hampton.  The Lady Raiders were led by their veteran captains Misha Demchuck, a senior midfielder, and Melissa Lynskey, a senior defender, in their highly anticipated season opener in front of a large home crowd.

The Seneca Valley girls’ soccer team got off to a rough start as the Hampton girls took a 1-0 lead in the first twenty minutes of the game.  The reason for this early score against a usually sound defense was because of a penalty inside the Raiders’ box which caused a penalty kick.  When the kick was about to be taken, a sudden silence fell over the stadium as everyone watched the player taking the kick and the young Seneca sophomore goalie Jessica Niel.  The Hampton player wasted no time and blasted the ball into the back of the net.  The Lady Raiders, however, didn’t give up and fought back.  Forwards Alex Bilka and Morgan Williams were the ones responsible for creating numerous quality scoring opportunities in the second half of the game, which barely missed the net and got a chorus of oohs and ahhs from the excited fans.  By the end of the game, Hampton came out on top and won the hard fought match by the score of 1-0.

The girls’ next game is away against Central Catholic on Wednesday, September 26.