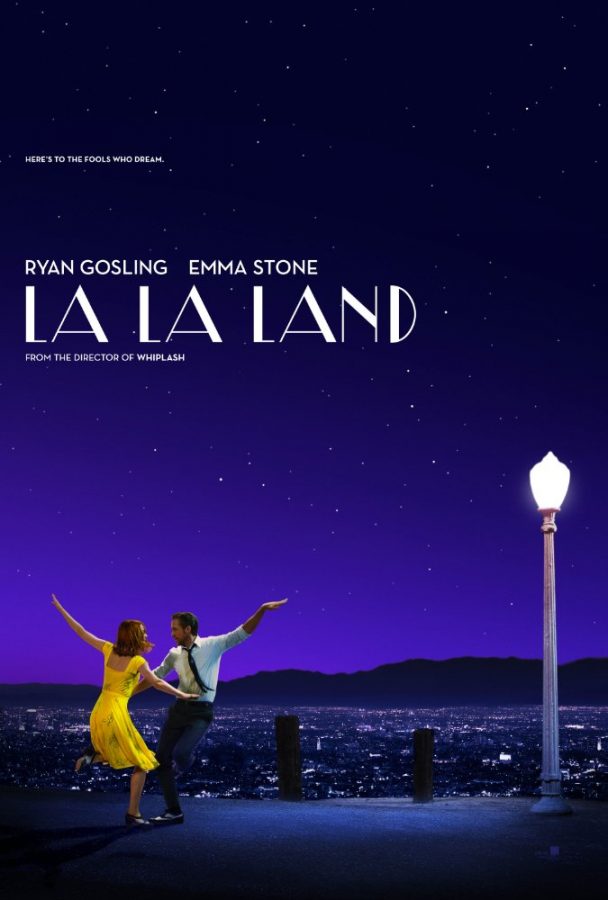 I am neither a fan of musicals or  old Broadway or anything of the sort. However, La La Land is easily one of my favorite movies of the last couple years. It is simply enchanting.

To start, the performances by both Ryan Gosling and Emma Stone are out of this world. Gosling convincingly pulls off a pianist in love with jazz and Stone an up-and-coming actress waiting for her “big break” in Hollywood. These performances are only enhanced by the “world-building” created by the movie.  Really, what makes this movie as spectacular is it can be broken into two categories I just mentioned: substance and style.

In terms of substance, the movie excels greatly, as we’re shown through character interactions how they all have their own individual personalities in a world full of its own character. This rich world’s character comes in the both the side of LA that makes dreams come true and the side that also crushes  them.

The cinematography in this movie will surely be remembered as time passes for its ability to use the style of old-Broadway musicals and creatively innovating them by using the medium of cinema. Long, gorgeous shots of the beautiful sights of LA are most certainly reminiscent of Broadway, but the way the camera moves throughout the space its has to add to the story makes this movie’s style innovative as opposed to just a rip-off. Not only that, but musical style can also be seen as we get a combination of typical Broadway songs and Jazz.

The one drawback to La La Land is towards the middle of the film; the energy it started off with sizzles out as necessary plot point-heavy moments need to happen to move along the film. While this doesn’t make the movie bad in anyway, it does hurt it just a bit.

Quickly enough however, we find the energy of the film come back to be greater then ever. We are once more enchanted and entranced by the world so much so that when the movie ends we’re still trapped in the world of beautiful LA. This movie, without a doubt, is one of the best movies released in this decade so far. Not only with its genre as a musical, but also as a film alone. I would even go as far as to say that one day La La Land is destined to be a pleasantly remembered classic.