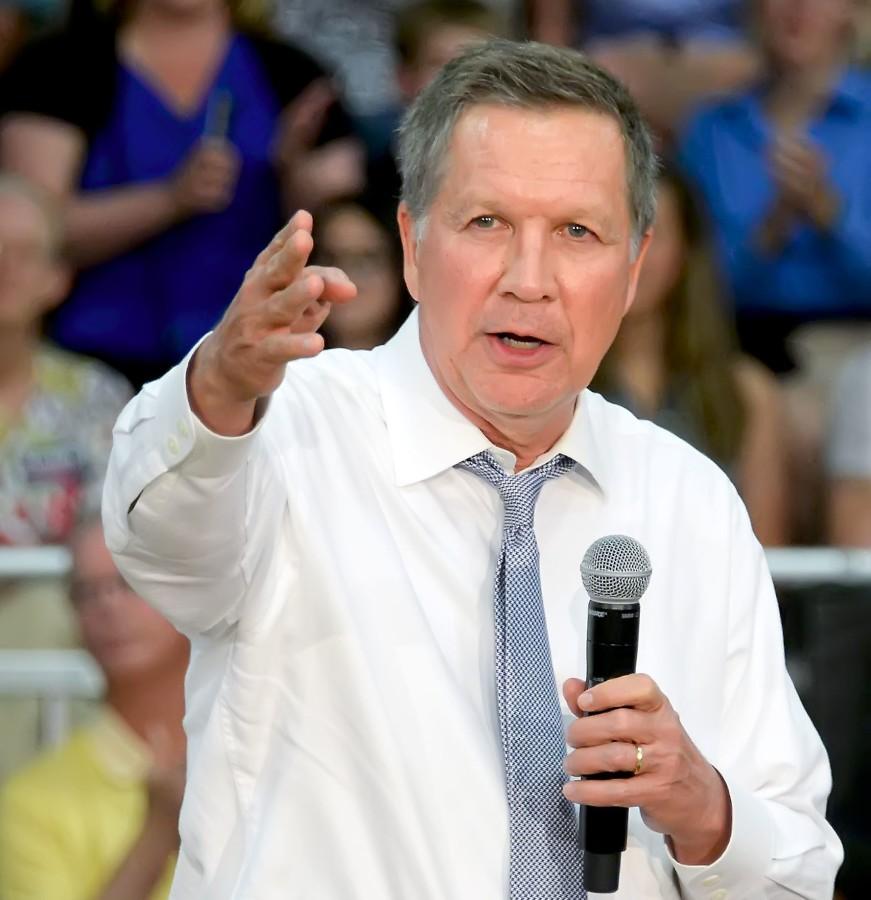 Ohio Governor John Kasich visited western Pennsylvania on Monday and took part in a Town Hall meeting at Montour High School in McKees Rocks, Allegheny County. Kasich spoke at the event just one day before the Pennsylvania Primaries kicked off for the Republican Party.

Polling behind Ted Cruz and frontrunner Donald Trump for some time now, Kasich is approaching the GOP convention as quite the underdog and many pundits believe that his lack of victories in the Primaries will leave him with no chance of becoming the next Republican nominee.

But Kasich’s campaign is committed to overpower Trump’s lead in the race, and he further proved this by aligning himself with his rival Cruz as to prevent the ideologically unorthodox Trump from reaching the White House.

Kasich put the complicated and perhaps troubled race behind him when he visited his hometown and spoke in front of approximately one thousand supporters in the gym of the Montour High School.

He began the meeting by sharing a few personal anecdotes about his life and the values that McKees Rocks instilled in him. He also shared intimate stories about his uncle George and his parents, all of whom Kasich had a great respect for.

Kasich then opened the Town Hall meeting up for questions. The former member of the U.S. House of Representatives was asked mostly questions about educational or financial issues that face the country, and he answered with details about the issues at hand and what he would do as President to solve them.

Some of the questions, however, dealt with issues that seemingly had nothing to do with the night’s pattern of economical or didactic discussion. One woman asked John Kasich whether or not he would theoretically consider Carly Fiorina to be a viable option to run with him as Vice President, much to the crowd’s chagrin. Kasich managed to brush off the awkward inquiry, claiming that the pool for potential Vice Presidents was still very open.

His responses seemed very dissimilar to the avenues commonly taken by Cruz or Trump, as Kasich preached patriotism to the small crowd more than he spoke of animosity towards his rivals. Kasich does have the highest favorable ratings of any of the remaining candidates according to the Washington Post, after all.

Despite his final push, Governor Kasich would end up falling short of winning not only the state he was born in, but all five states that held their primaries on Tuesday. Kasich secured 19.4% of the Pennsylvanian vote as opposed to Cruz’s 21.6% and Trump’s 56.7%, according to CNN.