Trump cancels rally at University of Illinois after Chicago protestors 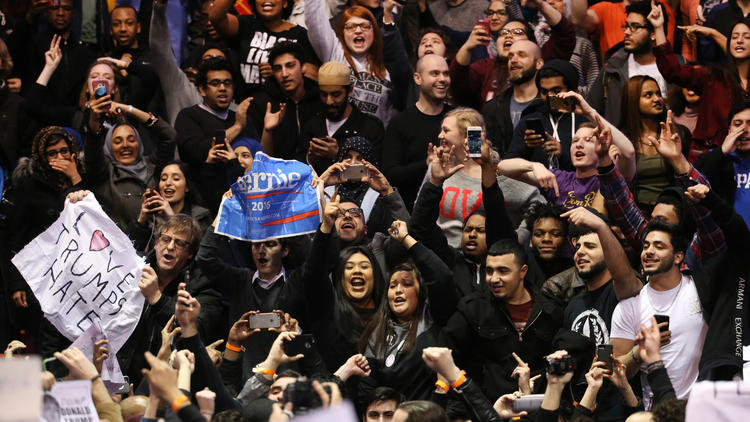 Republican frontrunner Donald Trump cancelled a rally at the University of Illinois after the city had security concerns when thousands of protestors gathered outside of the university and hundreds more gathered inside, The Chicago Tribune reports.

Before this incident, Trump had come in contact with protestors  many times before as they interrupted his speeches. However, he had never dealt with a crowd of this sort of large mass.

In an interview with MSNBC, Trump commented on his reasons for the cancellation, “Rather than having everybody get in and mix it up. I thought it would be a wise thing, after speaking with law enforcement, a wise thing to postpone the rally.”

According to CNN, the Trump campaign also had released a statement upon the cancellation, “Mr. Trump just arrived in Chicago, and after meeting with law enforcement, has determined that for the safety of all of the tens of thousands of people that have gathered in and around the arena, tonight’s rally will be postponed to another date. Thank you very much for your attendance and please go in peace.”

However, as reported by The Chicago Tribune, John Escalante, Superintendent of the Chicago police, stated, “We were not consulted and we had no role in whether or not the event should be canceled,” which contradicts the Trump campaign’s statement.

Ted Cruz, a rival GOP candidate, criticized Trump as he claimed that “any candidate is responsible for the culture of the campaign,” reported The Chicago Tribune.

However, from Trump’s point of view it seems unfair to have to sit quietly as someone protests against him. After being interrupted numerous of times while speaking at the Peabody Opera House, Trump said,  “They’re allowed to get up and interrupt us horribly, and we have to be very, very gentle. They can swing and hit people, but if we hit them back, it’s a terrible, terrible thing, right?”

Since this has occurred, there has been a pattern of more massive protests against Trump in large cities such as New York where thousands of people are gathering to oppose the GOP candidate’s ideas for America.