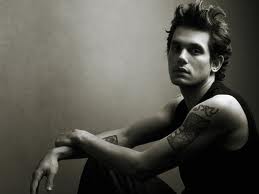 John Mayer fans were able to breathe a sigh of relief this past week after the singer/songwriter officially announced the starting date of his 2013 tour.

Mayer is getting back in the saddle, almost quite literally with the mixture of his new indie-rock sound and awkward straw hat, after his three year setback due to vocal issues.

In September of 2011, Mayer was diagnosed with granuloma, a lesion that formed on his throat. This obstacle caused Mayer to cancel performances and also delay his latest album, “Born and Raised.”

During his doctor-induced off-period from recording and performing, Mayer underwent a botox treatment that made him vocally paralyzed for months. After recovering from this and many other surgeries, Mayer decided to go on and schedule a 40-city tour for 2013.

According to Johnmayer.com, Mayer’s tour is set to kick-off this summer on July 6, 2013 at Marcus Amphitheater in Milwaukee, Wisconsin and end at the Hollywood Bowl in Los Angeles, California on October 5, 2013.

Not only was it rough for Mayer’s fans when the news broke out that he wouldn’t be scheduling his usual tour, but it also took a harsh toll on Mayer himself.

Mayer stated on his tumblr page after announcing his news to cancel his previous tour, “I never thought I’d be wishing I could do what I love again; I stay in at night, picking guitar parts off of records and dreaming of playing on the big stage. The only difference between now and when I was 18 is that now I have this beautiful, meaningful record waiting for me when I can sing it.”

Despite the tough stumbling block, Mayer has proven that he is now better than ever before.

On Wednesday, January 16, 2013, almost a full 20 months without singing, Mayer performed at a benefit in Bozeman, Montana. This benefit, that Mayer actually organized himself, was to help firefighters who battled last summer’s Pine Creek Fire that destroyed over 8,500 acres of forests and farmland near Bozeman.

Mayer told PEOPLE magazine, “Without the tireless effort and dedication of the firefighters of the Pine Creek Fire, many more homes and memories would have been destroyed, mine among them.”

Although Mayer is now feeling better, he still isn’t at his 100 percent. He explained in an interview with PEOPLE magazine that his recovery will be an ongoing effort and may take well over a few years to transition fully.