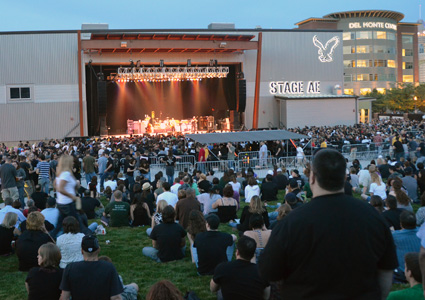 Stage AE ended its opening year strongly in 2011, but it managed to end its 2012  outdoor season with an even bigger bang.

The North Shore venue, decked out to withstand concerts in any weather, wrapped up its second outdoor season earlier this September with a sold-out Dayglow Festival. Projected sales between the two years have more than skyrocketed and have fans anxious to see what’s in store for the venue in the years to follow.

Fans were present for more than forty outdoor concerts this past summer including famous artists such as: Train,  Alice Cooper,  My Morning Jacket, and Modest Mouse. Scott Stienecker of the Columbus-based PromoWest Live stated that they only had three cancellations this summer- none of which had anything to do with ticket sales.

Music lovers can expect to see Passion Pit, Fiona Apple, and even Bassnectar in this fall’s lineup.