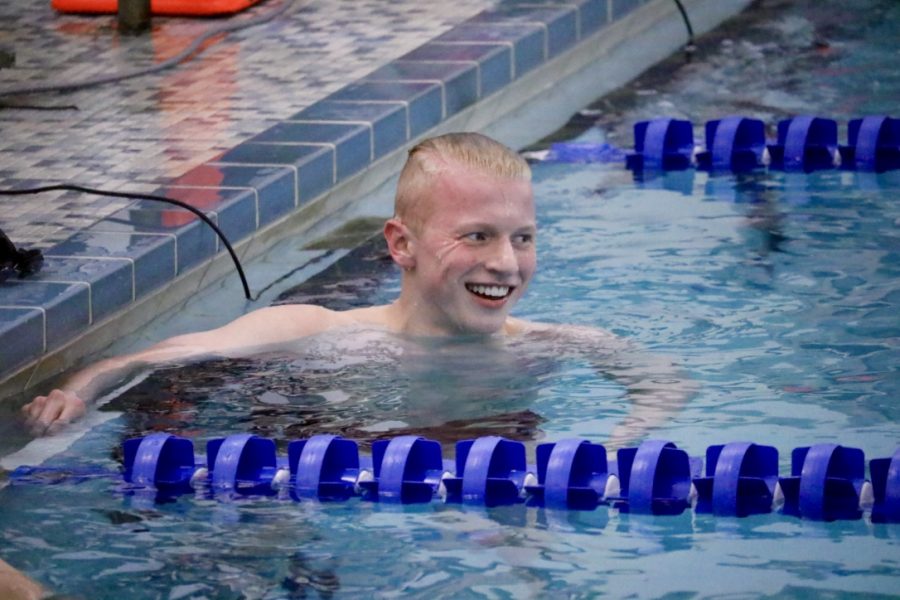 Diving WPIALs were held at the North Allegheny Senior High Natatorium on Saturday, February 25.  Senior diver, Alexander Laslavic placed 10th for the boys and scored points for Seneca Valley.  Freshman diver Meghan Keppler also scored points for SV by finishing 13th for the girls.  Jonah Cagley of Fox Chapel and Taylor Hockenberry of Mars were the champions of the meet for the boys and girls respectively.

The swim team traveled to Trees Hall at the University of Pittsburgh on Thursday, March 2, and Friday, March 3 for the WPIAL AAA Swimming Championship.  The team took 18 swimmers to the meet, and six will be advancing to the PIAA State Championships later in March.

Among the six to advance to the State meet, Owen Blazer, a Seneca Valley freshman, had a very successful meet at Pitt.  Blazer broke two school records in the 100 butterfly and 100 backstroke, placing 7th and 8th respectively.

“I was very excited and was proud that I was going to be able to see my name on the record board every day when I came in for practice,” Blazer said, “At States, I am trying to qualify for Junior Nationals.”

Connor Quiggle will also be traveling to Bucknell University for PIAA Championships for the 500 freestyle.  Quiggle shocked the team by placing 7th overall with a time of 4:46.33.

The girls’ team had a strong presence at the meet as well.  Junior Sophia Gaguzis returned to WPIALS with the goal of scoring points for her team and qualifying for States.  Gaguzis placed 4th in the 200 freestyle and 6th in the 100 freestyle.  Gaguzis will swim alongside Alyvia Meanor, Marleah Schlick, and Hannah Fernandes in both the 200 and 400 freestyle relays.

Marleah Schlick is a sophomore on the swim team and will be attending PIAA Championships with the 200 and 400 free relay for the first time this year.  “Getting up on the podium was very exciting.  It was really emotional when we realized that we made it to States.”

“It’s a very hard meet to qualify for,” Schlick said, “Knowing that the team and I had accomplished our goals was a thrilling experience.  I couldn’t stop crying!”

PIAA State Championships will be held at Bucknell University.  AAA Championships begin on Friday, March 17, and will conclude on Saturday, March 18.  Ticket orders for the event can be completed on the PIAA website and must be submitted prior to the Friday, March 10.  Tickets are $7 for a student and $14 for an adult.