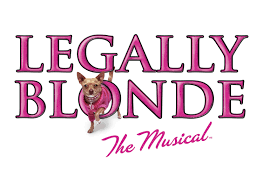 Legally Blonde The Musical is based on the 2001 movie, Legally Blonde, and the novel by Amanda Brown. The music and lyrics are by Laurence O’ Keefe and Neil Benjamin.

It’s about a fashion merchandising student named Elle Woods who tries to win back her ex-boyfriend, Warner Huntington III, by getting a law degree from Harvard University. Elle is naturally blonde, a 4.0 GPA student, very popular, the president of her sorority, a runner-up for Miss Hawaiian Tropic and Miss June in the CULA campus calendar, and her signature color is pink.

All she wants is to be with Warner, the governor’s son, but he dumped her because he thought she was too blonde. Throughout the show, Elle tries to prove herself to the world and that she is more than just a spoiled, clueless blonde. She has a hard time fitting in and doing well at Harvard, but ultimately, Elle stays true to herself and goes against all negative expectations.

Jacob Pelloni, a student participant in the musical, is very excited about the show, “I think this is a great show for Seneca Valley that will show off what great talent the students have here at SV. The leads are very talented and every performance will be full of energy and fun! This show will be an awesome experience for everyone!” Jacob is currently a senior at Seneca Valley and is playing the role of Elle’s father.

According to Wikipedia, the film was nominated for a Golden Globe Award for Best Motion Picture: Musical or Comedy. Also, in 2007, Legally Blonde ranked 29th on Bravo’s list of “100 Funniest Movies”.

Here are all the lead roles and who they are played by at SV:

There will be performances on Fridays and Saturdays, March 10th, and 11th at 7:30 p.m.  All of the shows will be held in the Intermediate High School Auditorium.