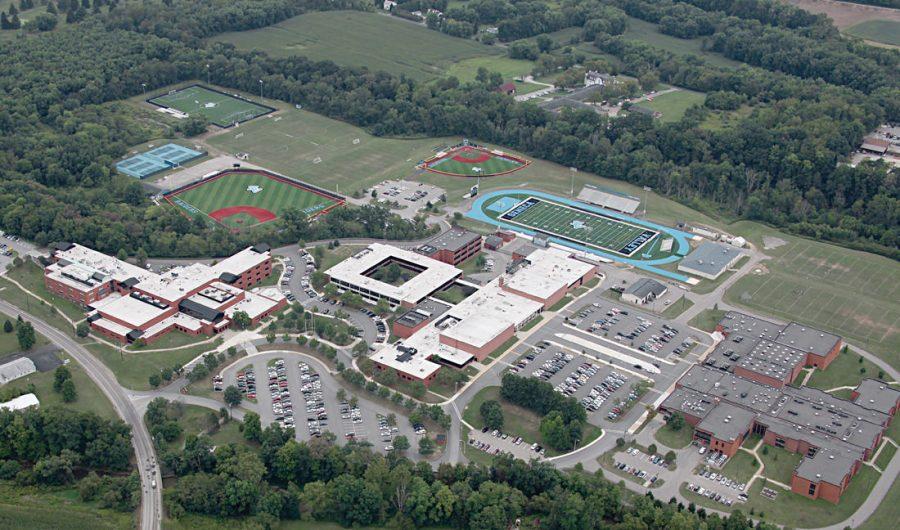 Earlier this week the Seneca Valley School District released another reason to celebrate its 50th anniversary with its 2015-2016 Annual Report. The report, which can be found on the official Seneca Valley website and can be viewed there online, reviews the entire school year and everything that the great year for SV encompassed.

The report, as per tradition, begins with a small opening statement from the district’s superintendent. Dr. Tracy Vitale stressed the importance of connectivity within all aspects of the school district and honoring the history of her district which is now a half century old.

Many stories and articles make up the annual report, but most of the information that is within the statement are organized into visual and often-times interactive graphs, charts, and other statistics.

The major theme of the report, the fiftieth anniversary, helps to shape a lot of its content. A timeline of Seneca Valley’s history and another “time warp” section show just how much Seneca Valley has progress over the years. Another section utilized the number 50 to list “50 things we love about SV” via a series of pictures, logos and short sayings about many activities at Seneca.

Other sections of the Annual Report detail more general topics, such as enrollment and academics. 7,153 students were enrolled at all of Seneca Valley’s schools last year. 551 students graduated, with 471 of them now continuing their educations at post-high school colleges, universities and schools all across the nation. Seventy-three percent of graduating seniors are attending four-year universities.

The 2015-16 Seneca Valley Academy of Choice section of the report states that 1,952 online courses were taken by SV students last year and that the official SVSD site had over 2.2 million total views over the course of the school year. The online aspect of Seneca Valley is only expected to improve as time goes on.

SAT, ACT and PSSA scores were also featured in the report, with Seneca Valley students scoring higher than state averages for every iteration of the tests listed. SAT scores also exceed national averages, showing just how prepared for post-secondary school enrollment or joining the labor force SV students really are.

A great deal of Seneca Valley athletics were discussed in fall, winter and spring sections of the report. Seneca genuinely has too many successful sports teams to mention, but the Annual Report made room for all of Seneca’s best athletes and all of their awards.

One interesting piece of knowledge near the end of the report that is often overlooked is the school district’s yearly budget. Seneca Valley’s total revenue exceeded $115 million and its total expenditures equaled a similar amount.