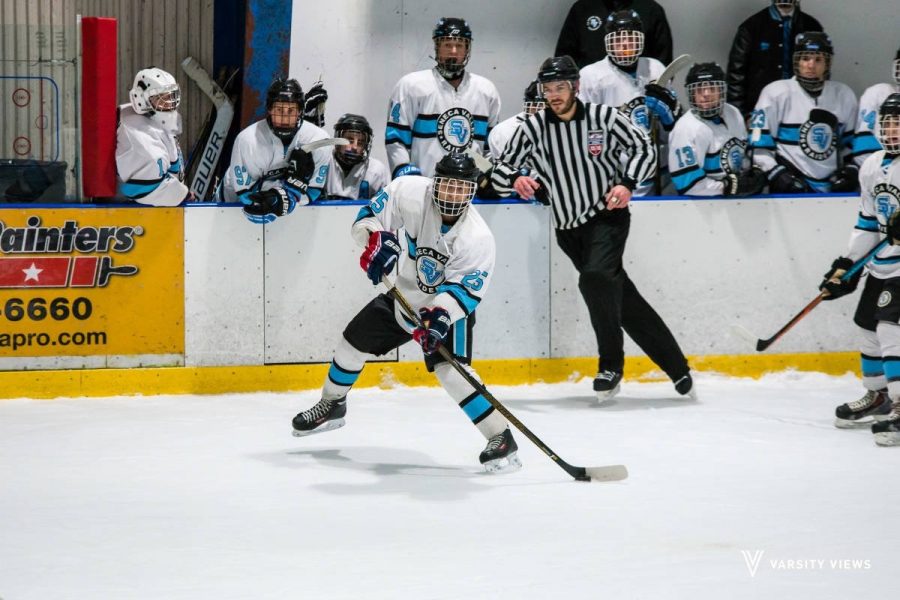 The stretch run is upon the Pennsylvania Interscholastic Hockey League, and the Seneca Valley Raiders varsity hockey team is looking to cement themselves in a good position.

Through 17 games, Seneca Valley finds itself in a third place tie in varsity’s Class AAA division. They sit in a tie with Cathedral Prep, as both teams have earned 19 points, as noted by PIHL.

Sitting with a record of 9-7-1, the Raiders find themselves in a situation of which they cannot finish as division champions. The Central Catholic Vikings have already earned 26 points, and Seneca can only earn a maximum of six points with three games left to close out the regular season.

Ahead of Seneca by five points sits North Allegheny, who clearly would like to beat out two rivals in Seneca Valley and Central Catholic. For Seneca, an undefeated finish accompanied by a winless finish by the Tigers would place Seneca in the second divisional position.

The Raiders, who dress three double-digit point-scorers (Giovanni Sarachine, Noah Watkiss, and Chris Lipnicky), have the skill needed to brace themselves for a lengthened postseason run.

It will certainly be a new situation playing in the varsity playoffs for many of the Raiders. To make it clear, Logan Johnson, Gio Sarachine, Bryce Korner, Tyler Draper, Reese Garvin, Jon Flaugh, Will Dimond, Preston Watkiss, Matt Blazewick, and Ian Fox have never appeared in a varsity-level postseason game for Seneca Valley.

It will certainly be an arduous task for the Seneca Valley Raiders to muster up a large sum of confidence to conclude the regular season, accompanied by a near-unprecedented postseason run.

Nevertheless, in the playoffs, one lucky bounce or call can spark something amazingly special.

In the playoffs, any unexpected event could happen at any given time.