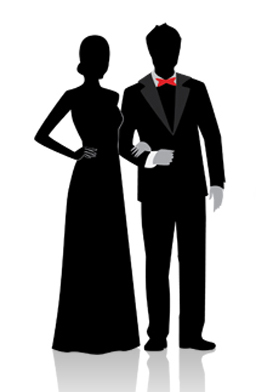 Ladies and gentlemen, this year’s Seneca Valley Prom Fashion Show will be the last and final show ever. It’ll be co-hosted by Bella Seman and me, Joe Demeis.

The annual event has been around for many years, but it became popular in 2014. Before then, Mrs. Weston ran it for while after Mr. Stebbins did it before that. After Mrs. Weston, Senior High School teachers, Mrs. Mousseau and Mrs. Potter-Murray, organized the show up until last year where it was made a senior project opportunity.

Last year, seniors Matt Corcoran and Julia Dinicola co-organized the show; they did a great job.  Matt was pretty happy with how everything went, “I think everything went very well, even better than expected. Everyone cooperated and put on one heck of a show; we had a great time! Julia did a great job, and I think we gave the students a fun experience they’ll remember and cherish forever!”

If you don’t already know, the SV Prom Fashion Show is a runway event where seniors model dresses and tuxes. The show fundraises for the Second Life Prom Dress Sale and the 2017 Prom. The Second Life Prom Dress Sale is an annual discounted prom dress sale that is held at CCUPC Church in Cranberry Township. This gives girls who cannot afford other prom dresses the opportunity to still find the perfect dress. The sale will be held on March 23 this year.

The cost for each couple is thirty dollars or you can provide the Second Life Prom Dress Sale with a prom dress donation and pay ten dollars. Also, if you want to participate, but you don’t have a partner or you want to go with another person of the same gender, you can pay fifteen dollars or five dollars with a prom dress donation. You would be categorized as a “single”. Twenty of the thirty dollars donated will be given to the Second Life Prom Dress Sale, and five of the thirty dollars will benefit Prom.

If you want to participate, one of the most important things is attendance. You and your partner must be present at each meeting, rehearsal, and the show. In the event where you or your partner are unable to be attend a meeting, the rehearsal, or the show, you both will be replaced by alternates. There is a maximum of fifty couples allowed to participate. Couples are chosen on a first-come, first-serve basis at the sign-up meeting. Alternates are picked based on students who wished to participate at the beginning, but were not allowed because of the fifty-couple limit.

Now let’s talk about the meetings. They are held in the Senior High School L.G.I. room during activity period.

On February 14, participants must attend a meeting to schedule dates to get fitted.

Bella will be working with Marcia Miller, the woman who organizes the Second Life Prom Dress Sale every year, to fit the girls in dresses for the show.

I have chosen to use only one tuxedo shop for the guys this year, Jack’s Tuxedo. It is located in Wexford.

The next meeting will be on March 8. Students will find out what’s going on during rehearsal, which is on March 14. Rehearsal will be in the SHS auditorium after school.

Finally, the show is scheduled for March 15.

If you want to come watch the show, tickets will be on sale for five dollars. Anyone can attend.

Bella and I are extremely excited to work with everyone and make the last SV Prom Fashion Show very special.