It’s your duty as an American to care about politics 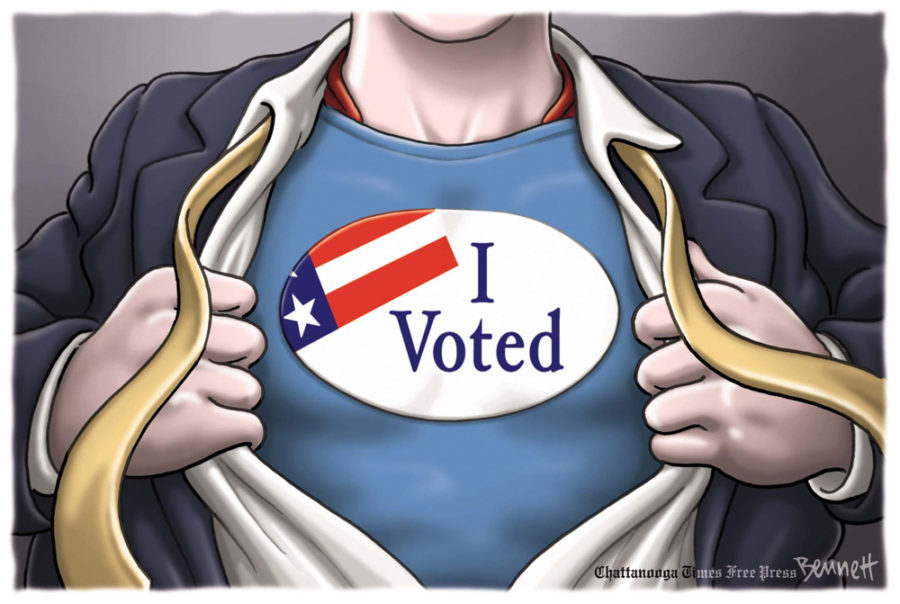 I know that because it’s the end of the school year no one wants to hear about politics, but here’s why you should care and why you should (or shouldn’t) vote.

The majority of us juniors (and soon to be seniors) are or will be eligible to vote this coming November. Now, some of you might think that it’s not a big deal, and I’m here to tell you to think again. The ability to vote is a constitutional right that our founding fathers built our nation on. The whole point of America is to have the ability to choose who represents you in the government. If that’s not enough to convince you to at least care (since you don’t have to vote), let me further argue my point.

No matter who you are, politics will affect you, and that’s enough reason to care. For example, if you’re someone that despises the way our government is run and would like to make a change, you can do that through choosing the right representative. However, if you love our government and want the system to continue as it is, you can also choose a representative that keeps everything the same. If you think that things are too messed up to fix or that things will continue the same without your vote, you’re wrong. The system was created so that each individual vote matters. And if you believe that the system has been manipulated making that statement false, guess what? By voting for the right representative and being involved in politics, you can get rid of that corruption.

However, the reasons you should vote and care about politics and be informed extend past voting being a right. Whether you like it or not, people have died and struggled so that you could have the freedom that you have today. It doesn’t matter where your ancestors came from, they all ultimately struggled just so we could get a choice in who is elected. That is reason enough to start caring about what happens in the world of politics.

And when I say voting, I don’t mean just voting for President. You also have a duty to vote during elections for The House of Representatives, Senate, and Congress because those are also crucial to how our country is governed. So I’m sorry to say that “politics are lame” or “politics are corrupt” are not good enough excuses to ignore your country. Vote or don’t vote, that’s your choice, but be informed and care. Why? Because it’s your patriotic duty as American to do so.