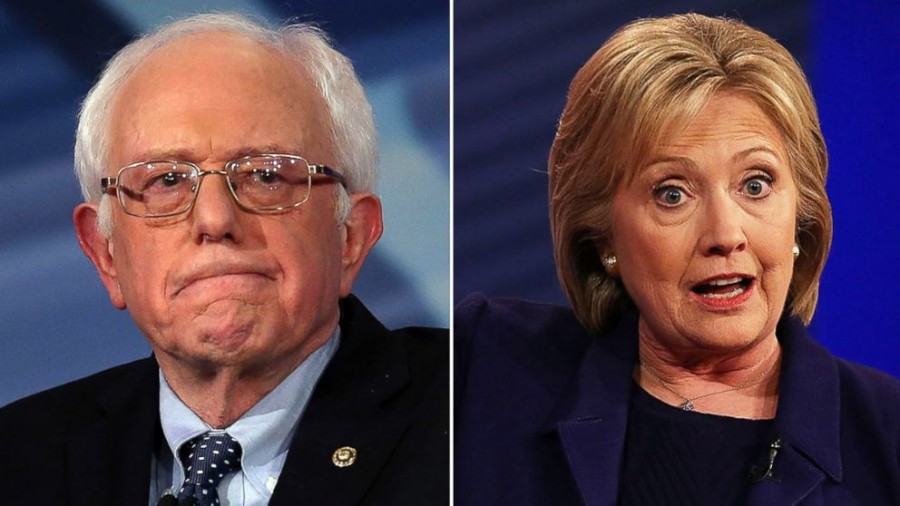 During the Democratic debate last Sunday night, Clinton interrupted Sanders mid-sentence, and he responded by saying “Excuse me, I’m talking.” and then proceeded to finish his sentence.

This is twice that things he has said have been blown completely out of proportion, once for him saying this and another past time in which he said, “Let me finish.”

This has sparked outrage by media and Clinton supporters claiming Sanders is trying to put Hillary in her place like “the sexist old white man he is”. Those backing Clinton are taking this as Sanders trying to be dismissive to her and what she was saying because she is a woman, but in reality he just wanted complete his thought.

The irony in this is that such explosive responses only serve to continue to popularize the election, Clinton, and Sanders. And that those accusing Sanders of sexism are, in fact, the guiltiest people of any involved.

If any sexism exists in this situation then it is against Bernie for being a man. If this was a debate between two candidates of the same gender the “let me finish” would’t stay in viewers head more than half of a second. However because it was a man saying that to a woman, that immediately makes it demeaning and offensive ,but no one runs to the aid of the Republican candidates Trump, Cruz, or Rubio when they all talk over each other fighting to run the debate.

This  is actually rather sad because it proves that even to those who vehemently oppose sexism see Clinton as a female candidate first, and just another candidate second. It also proves that there are different standards for men and women debating each other when what everyone claims to want is for women to be treated the same as men. These same people however, are very quick to play the “she’s a woman though” card when push comes to shove.

This also raises another rather alarming question. If Clinton wins the election, is our country in for four, possibly eight, years of the idea that gender is first and job is second?  In relations with foreign leaders, there is no doubt that other potentially offensive things are to be said.  If they cause the same outrage as this does, then the media will become inundated with coverage of who said what to whom when in reality, that’s just politics. If Hillary Clinton is elected, then she and her supporters and subordinates must put the job first and the gender second.