Christmas and the other forgotten holidays dominate December 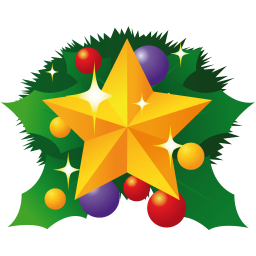 Throughout the years, the true meaning of Christmas, as well as the holidays sharing the month of December, have been forgotten with the excessive amount of festivities.

This Christmas season is yet another annual reminder of how commercialized modern society has become. With all of the lights strung about bare trees and snowflake-adorned wrapping paper disguising iPhones and Hover Boards, it’s hardly recognized that Christmas is, at its core, based upon religious festivity.

Christmas has arguably become more of a social norm than a religious expectation over the years. Few take the time to recognize that the holiday is in celebration of the birth of a baby thousands of years ago as they tear open their gifts early in the morning on the 25th.

Christmas, for the most part, has turned into a holiday that transcends religion and wealth and somehow finds a way to creep into just about every modern home. People from all religious walks of life will witness a myriad of gifts beneath their trees on December 25th. Many children, whether from strict upbringings or rather loose parentage, will uphold the societal expectation of being gifted with an overabundance of toys and trinkets, essentially for just being a kid.

But while the absence of the holiday’s true meaning is a bit vexing, what comes as most peculiar about the this time of year is the societal failure to recognize the meaning behind the term “holiday season”. December is a time to gather with family and uniquely share in traditional rituals, each being typically exclusive for each family. But, though rare, it’s hardly acknowledged that other festivities are to be accounted for as well. One will hardly waltz into a Walmart in December and be greeted by boxes overflowing with menorah-shaped merchandise, but you will undoubtedly witness Old Saint Nick’s face plastered at just about every corner.

When the cashier at your local grocery store joyfully tells you to have a “Merry Christmas”, she’s unconsciously disregarding all the other religions celebrating their holidays. Hanukkah, Kwanzaa and many more are annually washed away by the blinding colors of green and red.

And, yes, this is a product of the United States being a predominately Christian country, but even so, the religious, purely Christian aspect of the holiday is rarely ever accounted for. Instead of the manger scene, most decorate their outdoors with big-eyed reindeer, hauling an overflowing sleigh of toys behind them.

I suppose you can argue that debating this is a cry for political correctness, and maybe it could be considered that, but that is not my primary intention. Instead, I think it’s important to shine some light on the peculiarity of the situation.

But all of the above does not mean I will be refusing to open gifts on Christmas. It is easily the most joyous times of the year, and I assume it would prove very difficult to detest a holiday where you get gifts simply for existing. But it is the principle of this season that appears odd, especially when you hear of atheists or people of other religions delving into the Christmas traditions despite the holiday itself being conceived from Christian religious beliefs. And in a country claiming not to be represented by a singular form of belief, I cannot help be feel skeptical of this claim when every street corner is dressed specifically for the Christmas holiday.

Perhaps it’s contradictory of me to say all of this, despite having a rather nonexistent religious background, but I suppose I’m just as ignorant and stubborn as the rest of society then.