Drug-resistant superbug cause for concern in US 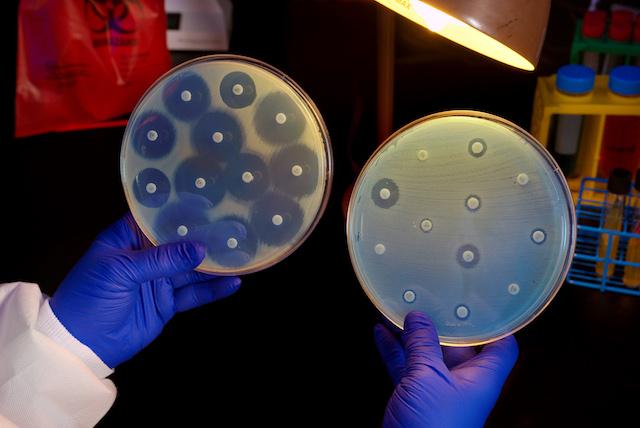 A new case study has revealed a “nightmare bacteria” resistant to every available antibiotic, according to a study published Monday in the journal Proceedings of the National Academy of Sciences.

The resistant class of bacterium, called CREs (short for carbapenem-resistant Enterobacteriaceae) have evolved in such a way that makes them completely resistant to all applied antibiotic treatments. Transmission of these bacteria person-to-person may be occurring without symptoms, say the researchers, from the Harvard T.H. Chan School of Public Health and the Broad Institute.

According to Scientific American, public health officials from Nevada are reporting on a case of a woman who died in Reno this past September from an incurable infection. Testing showed the superbug that had spread throughout her system was not suppressed by any of 26 different antibiotics.

The woman in Nevada was cared for in isolation; the staff who treated her used infection control precautions to prevent spread of the superbug in the hospital. Randall Todd, a health department colleague, told STAT testing was done to look for additional infections, but so far none have been detected.

“It was tested against everything that’s available in the United States … and was not effective,” said Dr. Alexander Kallen, a medical officer in the Centers for Disease Control and Prevention’s division of health care quality promotion.

Johnson said it’s likely, though, that other people in the US are carrying similar bacteria in their guts and could become sick at some point. “It’s possible that this is the only person in the US and she had the bad luck to go to India, pick up the bad bug, come back and here it is, we found her and now that she’s dead, it’s gone from the US. That is highly improbable,” he said.

This is not the first incident of an antibiotic-resistant bacteria sample in the US, but it is incredibly rare and cause for alarm among medical professionals and citizens alike.

“We often talk about the rising tide of antibiotic resistance in apocalyptic terms,” said William Hanage, senior author of the study and an associate professor of epidemiology at the Harvard Chan School. “But we should always remember that the people who are most at risk of these things would be at risk for any infection, because they are often among the frailer people in the health care system.”

According to CNN, when an illness-causing bug won’t disappear with the usual drugs, patients are given last-resort antibiotics such as carbapenem. Still, some “nightmare bacteria” continue to thrive even when given the strongest medicines reserved for the toughest cases. CREs, which tend to spread in hospitals and long-term care facilities, cause an estimated 9,300 infections and 600 deaths each year in the United States, according to the Centers for Disease Control and Prevention.

While the origin of the bug is still being investigated, doctors remind citizens to practice good hygienic habits like simply washing hands to prevent the spread of illnesses great and small.