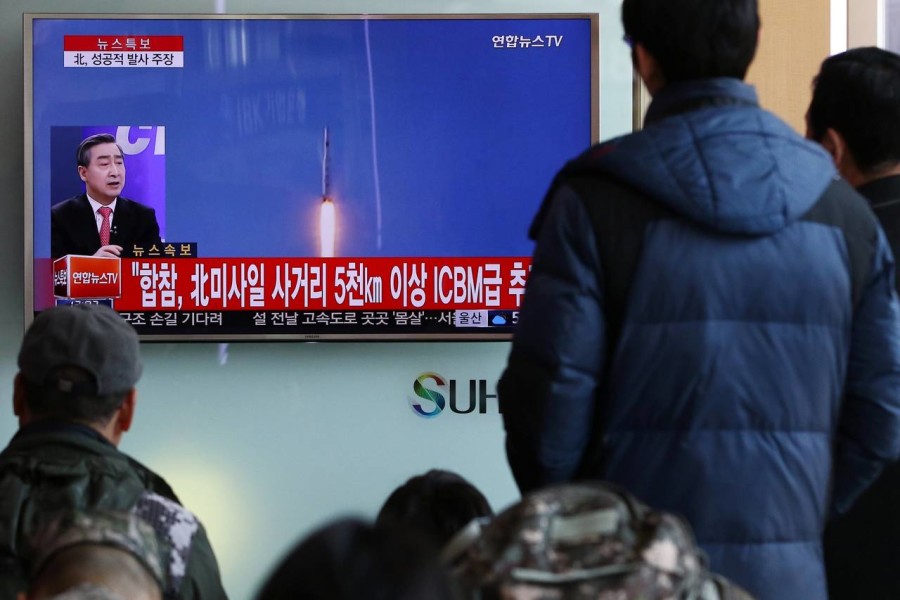 According to The Wall Street Journal, only days before North Korea’s latest nuclear-bomb test, the Obama administration agreed to conduct peace talks with North Korea to formally put a close to the Korean War.

As reported by Reuters, the talks were cancelled due to the fact that they would not be addressing denuclearization.

“‎To be clear, it was the North Koreans who proposed discussing a peace treaty. We carefully considered their proposal, and made clear that denuclearization had to be part of any such discussion. The North rejected our response. Our response to the NK (North Korean) proposal was consistent with our longstanding focus on denuclearization,” John Kirby, a State Department spokesman, said in an emailed statement.

As The Wall Street Journal reported,  The United States are not the only ones mentioning the need to get rid of such massively destructive weapons as South Korean President Park Geun-hye spoke to lawmakers and said, “The government will take stronger and more effective measures to make North Korea bitterly realize that it cannot survive with nuclear development and that it will only speed up regime collapse.”

China, who is seen by many as “North Korea’s greatest ally”, has been in talks with the U.S concerning sanctions that would be put on North Korea by the U.N. While it originally appeared to get off to a rocky start, it appears the two companies are in better cooperation now.

Susan Rice, Obama’s national security adviser, commented on the collaboration, “I think it unlikely that China wants to be seen by the international community as the protector of North Korea, given its recent outrageous behavior in violation of international law and U.N. Security Council resolution.”

While it’s become quit clear that for the U.S. and many other countries who the stance of getting rid of the nuclear weapons which they want to include in negotiations with  North Korea. However,    Nicholas Eberstadt, who’s a North Korea expert at the American Enterprise Institute, a Washington, D.C.-based think tank, does not see North Korea agreeing to such terms for it would significantly weaken them.

According to The Washington Post, Eberstadt sated that for North Korea “submitting to foreign demands to denuclearize could mean delegitimization and destabilization for the regime.” It seems unlikely that the country would ever agree to the same prospects that the UNited States, U.N., and other countries have. However, perhaps with the combined effort of many countries it can be done.