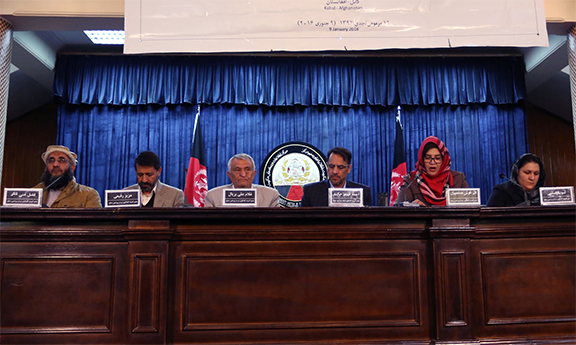 According to The Guardian, Afghanistan, Pakistan, China, and the United States have been begun talks to “end nearly 15 years of bloodshed in Afghanistan” as Reuters put it.

Officials from the involved nation will begin these talk to reach a peace treaty on January 18th in the capital of Pakistan, Islamabad. The purpose is to put a stop to fighting with Taliban insurgents. As Reuters reported, the fighting begun to “re-impose their strict brand of Islamist rule”.

In regards to the issue, a U.S State Department spokesman, John Kirby, said, “It’ll be an opportunity to further our partnership with Afghanistan, Pakistan and China in support of an Afghan-led, Afghan-owned reconciliation, which is what we’ve said all along we want to see. We’re obviously looking forward to … trying to make some progress here on what has been a very difficult issue,” according to the Guardian.

Sartaj Aziz, The Pakistani prime minister’s foreign affairs adviser offered that the key to the talks should be to bring the Taliban to the table and put an end to the violence.

According to Reuters, he said, “It is therefore important that preconditions are not attached to the start of the negotiation process. This, we argue, will be counterproductive. The threat of use of military action against irreconcilables cannot precede the offer of talks to all the groups.”

Taliban leader Mullah Akhtar Mansour’s faction is said to be warming up to the idea, but there are others such as Mullah Mohammad Rasool Akhund and his group that plan not to follow Mansour’s authority.

Akhund refuses to have said talks with observers such as the United States, China,  and Pakistan. He feels it is not their issue to be a part of.

“We have a very clear-cut stance about peace talks: all the foreign occupying forces would need to be withdrawn. The issue is between the Afghans, and only the Afghans can resolve it. We would not allow any third force to mediate.”

While whether these talks will be very successful or not is still left for time to tell, but it is the hopes of many that some sort of arrangement can be made so that all parties are satisfied and the bloodshed that has stained this nation can finally begin to be cleansed. With luck, those years of infighting can soon be put to a final rest.