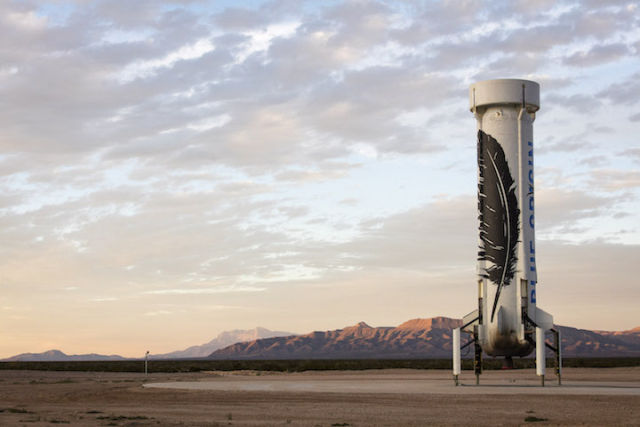 Multiple American companies, not operated in any way by the U.S. government, have begun to test their spacecraft regarding safe space exploration and reentry sciences. Two major companies, Blue Origin and SpaceX, have become the frontrunners in this new privatized “space race”.

In late 2015, Blue Origin’s founder Jeff Bezo announced that his company’s rocket, entitled the “New Shepard”, had successfully travelled into outer space and back without fail. The craft travelled 329,839 feet, according to CNN.com, before returning to Earth. SpaceX’s “Falcon 9” rocket module also completed a successful vertical landing, as their owner Elon Musk is trying to not only keep up with but also possibly surpass Bezo’s institution’s aspirations.

The technology in SpaceX’s rockets, however, is closer to accomplishing the lofty goals of completely orbiting a planet while Bezo’s company has devoted its attention to other areas of forwarding his rockets’ specifications.

Bezo and Musk, who own the multi-million dollar Amazon and Tesla Motor businesses respectively, are attempting to transition space travel from being an extremity that only the world’s largest governments could accomplish into an experience to be shared by more people. Both of the major companies hope to one day establish a way for ordinary people to take part in space travel for reasonable prices.

This type of commercial spaceflight truly differs from the more calculated and scientific reasons that organizations like NASA have sent astronauts to space in the past. Musk, a very vibrant personality, expects to work out the issues regarding travelling as far away as Mars within the next few decades. He is quoted as saying that “he’d like to die on Mars and preferably not on impact.” Bezo has also been advancing his work, citing his ever-progressing reusable rockets as igniting the next age of spaceflight, since modules that have been used in the past could only ever really be used once before being discarded, thus wasting millions of dollars every time a flight was attempted.

All of these advancements have left the two innovators in a neck-and-neck rivalry regarding their interplanetary ambitions. But the two have started their friendly feud much closer to home, trading garbs via such media outlets as Twitter. This fresh “space race”, very different from the political and at points even malicious “space race” that took place between the United States of America and the Soviet Union during the height of the Cold War, is sure to motivate both of the companies to advance their technologies even further with every success from the competitor.