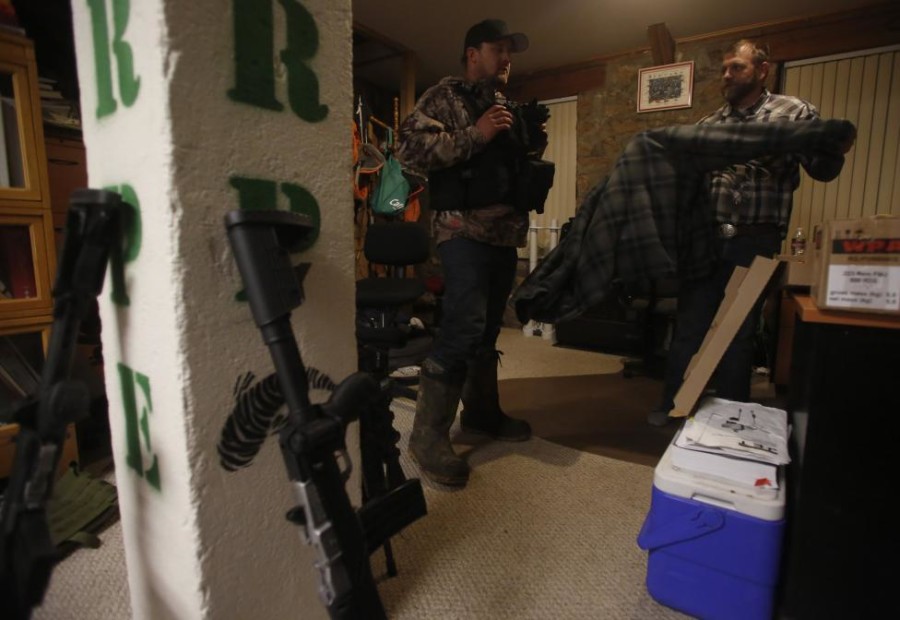 A wildlife refuge in Oregon was taken over by an armed militia recently.

The group, according to Reuters, claimed that they simply wanted to give back the local residents’ rights that they felt the federal government had taken from them. After doing so, “then we will go home”, the group stated Tuesday, January 5th.

The Malheur National Wildlife Refuge in the remote town of Burns was first taken over on Saturday, January 2nd. The motive behind the protest is the federal government management “of millions of acres of land in the West” as Reuters said.

Ammon Bundy, the leader of the protestors, spoke to reporters about the invaders’ goals, “We do have a plan. We see a time coming very soon when the community will begin … to take that over, so they can claim their own rights, so that they can stand strong enough to defend them. And then we will go home.”

The inspiration for this armed protest came from the second arrest of Ranchers Dwight Hammond Jr. and his son, Steven, who were previously charged with setting fires that spread to federal land but were then given a longer sentence to serve after their initial one.

The Guardian reported that while the protestors claim their armed occupation to be about giving rights back to the locals, local sheriff David Ward disagreed in a statement he gave, “These men came to Harney County claiming to be part of militia groups supporting local ranchers, when in reality these men had alternative motives, to attempt to overthrow the county and federal government in hopes to spark a movement across the United States.”

Ron Wyden, the senator of Oregon, told the Associated Press that the sheriff, state police, and FBI were working together to formulate an official response to the issue. Bundy assured that while him and his armed militia were going to remain calm and peaceful, the federal government making an attempt at taking back the refuge “would be putting lives at risk”.

For the mean time, the situation remains fairly peaceful as neither side has yet to take any further action. However, only when an official response is given by the authorities will anyone know the result of this controversy. With both sides armed, the threats made by the militia which warned that a response by the federal government could potentially further escalate the situation and end in tragedy, are more prominent then ever.