California Bans the Usage of the Term “Redskins” for School Teams 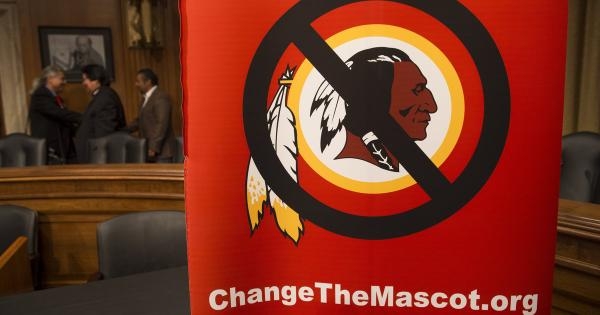 California has recently become the first state in the United States to ban the usage of the term “Redskins” for school teams and mascots.

The law, which according to CNN.com, was signed by Governor Jerry Brown on the morning of Sunday, October 11th, will not go into effect until January 1st of 2017. This is allegedly so that the four public schools affected by this ban will have a sufficient amount of time to rename their mascots and teams. However, should they choose not to do so, they will reportedly be subject to decreased funding for their schools.

According to CNN’s website, the National Congress of America greatly appreciates this ban and has even publically praised California for its decision. They claimed that California was, “standing on the right side of history by bringing an end to the use of the demeaning and damaging R-word slur in the state’s schools.”

The National Congress of America went on to further congratulate California’s verdicts by stating, “They have set a shining example for other states across the country, and for the next generation, by demonstrating a commitment to the American ideals of inclusion and mutual respect.”

While it has been said by CNN to only currently be effect four Californian schools, TIME.com reports that there are over 65 school teams proudly sporting the “Redskins” name throughout the United States. There are also reportedly well over 2,000 Native American mascots throughout the country, something that an advocacy group called Change the Mascot has been working to alter for many years.

Change the Mascot is a group funded by the Oneida Indian Nation and they can be credited with around a dozen successful name changes throughout the U.S. since 2013, according to TIME.com.

Many advocacy groups like Change the Mascot are proud of California’s decision. This praise can also be shared with many social media users and the general majority of the U.S.population. However, small groups of people have expressed outrage towards California’s decision and argue that the term “Redskins” shows acknowledgment towards American settlers’ past confrontations with Native Americans.

This decision has also thrust teams like NFL’s own Washington Redskins into the spotlight and has stirred even more debate over their team name. However, according to TIME.com, the team’s owner, Dan Snyder, claims he will never change the name.

Joel Barkin, a spokesperson for the Change the Mascot advocacy group, told TIME’s website, “The focus has been squarely in the NFL. But we’re confident this is going to become an issue in other states.”

California’s decision is monumental and could very likely inspire other schools nationwide to do the same.