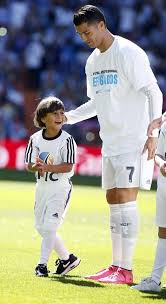 Over the last few weeks, nations all across Europe have been attempting to aid refugees that have escaped from the Syrian civil war. Basically every aspect of European life has been altered by the immigrations, including the continent’s sporting sphere.

Professional soccer teams in countries including Spain, Germany, Italy, and Poland have been trying to not only pay tribute to but also provide support to Syrians that have only now fled from the armed conflict that dates back to 2011. Millions of men, women, and children have deserted the war torn, Middle Eastern country over the past four years, and many have made it to European nations that have been open to the refugees ever since the war broke out. Refugees from other countries such as Iraq have also joined the European Union as refugees.

What is perhaps the most uplifting narrative for any family of refugees has played out in Spain. Osama Abdul Mohsen, who was fleeing Syria with his two sons, was a soccer coach back in his home country. As he was crossing Hungary’s border to seek asylum in the Eastern European nation, a Hungarian reporter by the name of Petra Laszlo began to kick at and trip Mohsen, who was carrying his youngest son. After news of the ordeal reached Spain, the nation’s National Soccer Coach Training Center reached out to Osama and his family.

According to the New York Times, the foundation’s President Miguel Angel Galan arranged an apartment for the family to stay at by means of the organization’s publicity funds. The training center has also decided to offer Mohsen a job and to help him apply for legal asylum.

But the story did not end there for Mohsen’s family. His son, Zaid, was invited by the world-famous club team Real Madrid to their match against Granada. Zaid, only eight years old, walked onto the pitch with Madrid superstar Cristiano Ronaldo to the applause of thousands of fans.

And while these acts of kindness resonated on a more personal level, other soccer teams pitched in to aid in a more monetary way. Real Madrid decided to donate $1.1 million to the refugees arriving in Europe. German club Bayern Munich also matched that number in donations, according to CNN.

Forzaitalianfootball.com reported that AS Roma of the Serie A have already donated more than $500,000 to the cause with more still to come. Roma has raised money by  auctioning off jerseys worn by club players such as Francesco Totti, Edin Dzeko and Alessandro Florenzi, according to ESPN FC.

But not every sentiment of aid to the refugees was met with positive reactions. In Poland, Lech Poznan fans reacted with malice when UEFA, European soccer’s governing body, decided to donate proceeds from their game against Belenenses to the solving of the crisis. The Guardian reported that fans decided to boycott the match, and that said boycott was planned several days in advance. It is unknown whether UEFA or the club itself will punish the fans’ behavior.

So while the refugee crisis has obviously ballooned in Europe, it has taken root not only in politics but also in entertainment. More stories are surely still to come regarding how the big soccer clubs of UEFA deal with the situation at hand.