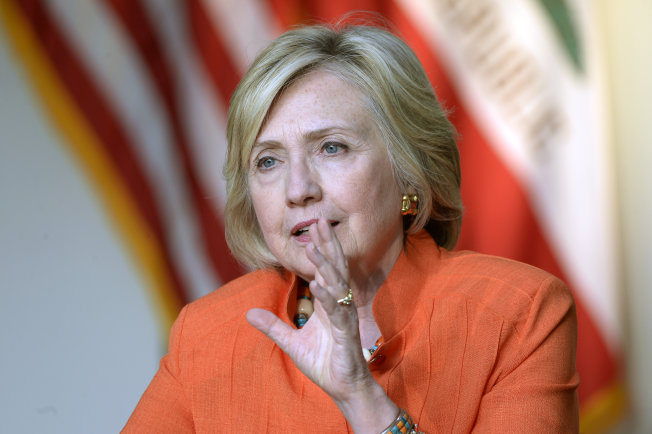 Lately, the Republican GOP Debates have been the center of attention throughout the world of politics, but what has gone unnoticed is the political response of the Democratic party’s candidates.

For the first debate, presidential candidate Hillary Clinton’s campaign sent a mass email to the American public display her opinion on what was occurring on the screens of millions of Americans, The U.S. News reports.

The email read as followed, “Right this minute, 10 Republican men are on national TV, arguing over which one will do the best job of dragging our country backwards. I’m not watching, and I don’t need to be. Donald Trump, Jeb Bush, Scott Walker, Marco Rubio – they all have the same agenda. They are out of step with the kind of country Americans want for themselves and their children. I’m on the road tonight, but I wanted to take a moment to ask you to chip in $1 or more right now to fight for the vision you and I share.”

Bernie Sanders, another Democratic candidate, took to Twitter to live-Tweet the event but found himself disappointed at the lack of discussion for many important topics.

“Will any Republican talk about the need to raise the current starvation minimum wage of $7.25 an hour? #DebateWithBernie

Does any GOPer care about whether or not a woman, rather than the gov’t, should make decisions regarding her own body? #DebateWithBernie

The clock is ticking. Climate change? Income inequality? Citizens United? Waiting for the questions and the discussion. #DebateWithBernie

According to The Guardian, Sanders ended his live-Tweet #DebateWithBernie dialogue with one last quote to truly capture his feelings for how the debate went,  “It’s over. Not one word about economic inequality, climate change, Citizens United or student debt. That’s why the Republicans are so out of touch.”

In additional news, The U.S. News reported on Martin O’Malley taking a very different approach from his fellow Democrats as he used the opportunity to call for bringing more debates to be had by the Democrats, but other then that expressed no opinion on how the night went, whether that be well or not so, and what he thought of the arguments made by his Republican competitors.

“Didn’t see the #GOPdebate, but heard it was entertaining. #WWOMD? Have more democratic debates. -O’M #WeNeedDebate

(Photo provided by The U.S. News)