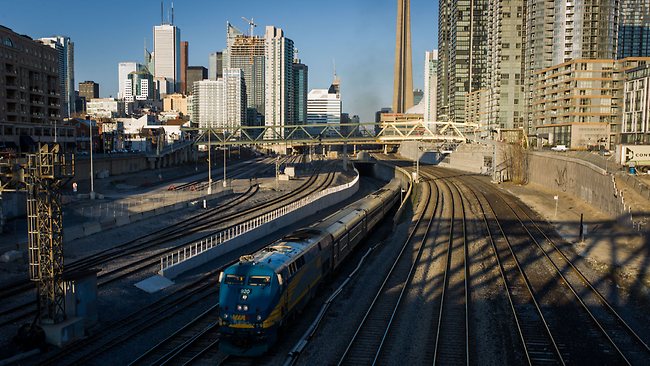 In the past week there has been a lot of focus on the Boston bombing attacks and the devastating effect that they have had on not just the city but on the whole country.

Besides Boston there was another bombing attempt on Monday, April 23.  This attempt to terrorize Americans targeted the transportation sector, specifically the railroads.

The plan was to bomb a train that was going to cross over the border from Toronto, Canada and was headed towards New York.  Once the bomb went off the train would derail and then cause massive amounts of both damage and death.

Before the plan could be carried out, United States and Canadian authorities were able to stop two suspects.

The bombers appeared to be backed by al Qaeda based upon elements from Iran in their attempt to blow up the passenger train.  Authorities believed that al Qaeda had provided two suspects with direction, guidance and information.

The idea of attacking railroads in the United States has long been a possible target for terrorists.

After the raid on Osama bin Laden’s compound in Abbottabad, Pakistan in 2010, documents were recovered that showed that al Qaeda had discussed an idea to derail a train in the United States.  This was not the first time that an attempt to attack the railroad networks in the United States had been stopped by authorities.  There have already been two other occasions in which the attacks have failed.  The targets were the Long Island Railroad in 2008 and the other was against New York subway system in 2009.

Despite these two failed attempts in the United States, there have been several Al Qaeda planned railroad attacks elsewhere in the world.  Some of those attacks have had success.  The deadliest was when several commuter trains in Madrid, Spain were attacked.  In the 2004 attack, 191 people were killed with another 1,700 wounded.