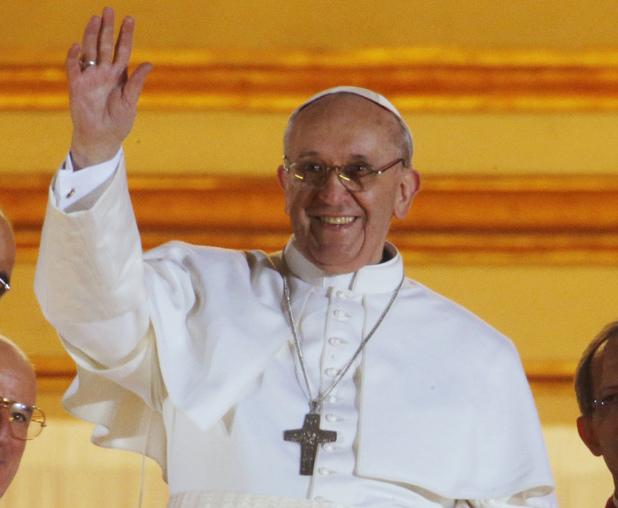 A few weeks ago the entire Catholic world held their breath as the College of Cardinals decided who the new pope would be after Pope Benedict XVI stepped down from office.

After a few days of waiting, white smoke finally appeared above the Vatican and an archbishop from Buenos Aires named Archbishop Francis was going to be the new pope.

The new pope is from South America, which has one of the largest Catholic populations in the world.  This was no doubt a key factor in the choice of Archbishop Francis for pope.  With his appointment he became the first person from South America to become pope.

As the new pope, Francis has made it clear the direction that he wishes to lead the Catholic Church in.  In his opening address to the public he said that his goal was to be inclusive and protect all of humanity.

In his inaugural address the new pope said “Especially the poorest, the weakest, the least important, those whom Matthew lists in the final judgment on love: the hungry, the thirsty, the stranger, the naked, the sick and those in prison.”

Within less than a month of his appointment, the pope has already gone and traveled a lot.  One of the first things that he did was visit a prison that is just outside of Rome; there he held a service for the prisoners along with washing and kissing the feet of a dozen of the prisoners.

In addition to traveling to the youth prison, Pope Francis has said that he will go back to his native home of Argentina.  There he will meet and kiss and wash the feet of people who are suffering from AIDS.

Even though his time at the helm of the Catholic Church has been short, Pope Francis already has become known as the people’s pope.  He has come to have this name because of his relaxed attitude and his unexpected strolls outside Saint Peter’s.