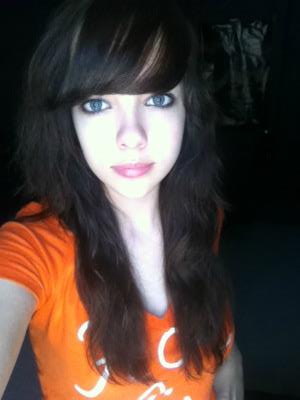 Monster Energy Drink may be linked to five deaths and one heart attack over the last three years. The Food and Drug Administration plans to investigate if these deaths or other health issues are truly linked to the energy drink.

Even if the deaths are determined to be caused by caffeine poisoning, the FDA will consider all sources of caffeine before blaming the energy drink.

The most recent death, 14-year-old Anais Fournier, occurred in December over a period of 24 hours. According to Fournier’s mother, Wendy Crossland, Fournier went to the mall and drank a 24-ounce can of Monster Energy Drink.

Crossland said Fournier returned the next day and drank another 24-ounce can of Monster Energy Drink, and that night, went into cardiac arrest. Doctors put Fournier in an induced coma to reduce brain swelling, but the teen died six days later onDecember 23, 2011.

Her cause of death was determined to be cardiac arrhythmia, a problem with the rate or rhythm of a heartbeat, due to caffeine toxicity.

The lawsuit points out that Monster Energy does not include the amount of caffeine it puts in its drinks. It is estimated that Fournier drank between 240 and 480 mg of caffeine; children and teens should not drink more than 100 mg per day, while adults should not have more than 400 mg.

It also claims that Monster is a dangerous product, that it fails to warn consumers of any risk, and it is negligent in its marketing to children and teenagers.

The American Beverage Association, which represents the soft drink industry, notes that Monster Energy is not in its group, but that the company’s ingredients and labeling do comply with FDA requirements.

Monster stated in a statement Tuesday that “neither the science nor the facts support the allegations that have been made. Monster reiterates that its products are and always have been safe.”

This may not be true, however.

Because energy drinks are sold as nutritional supplements, they are not regulated as foods, meaning the caffeine content can exceed the FDA-mandated limit of 71 milligrams for a 12-ounce soda. They also include other stimulants such as taurine and guarana, a combination with can produce fatal arrhythmia.

Last year, researchers at the University of Miami reviewed the health effects of energy drinks on children, teenagers, and young adults. They concluded that “energy drinks have no therapeutic benefit” and “may put some children at risk for serious adverse health effects.”

These health effects include irregular heart rhythms and, in children who may have hidden heart risks, sudden death.

According to a review of studies on the effects of energy drinks in “The Journal of School Nursing”, teenagers have reported feeling nervous, dizzy, and experiencing insomnia as a result of drinking energy drinks.

Health care providers have reported health concerns including dehydration, anxiety, seizures, and strokes in children and teenagers as a result of energy drink consumption.

Crossland said, “These drinks are death traps for young, developing girls and boys, like my daughter, Anais. Nothing will replace the love and vitality of Anais. I just want Monster Energy to know their product can kill. I want Anais’s life to send a loud and clear message to today’s youth that energy drinks can kill. I would like nothing more than to have these drinks regulated by the FDA….”

Anais Fournier is survived by her parents, twin brother, Dorian, and her younger sister, Jade. As an organ donor, she gave a 40-year-old woman her kidney and pancreas, and gave sight to the blind through the donation of her corneas.