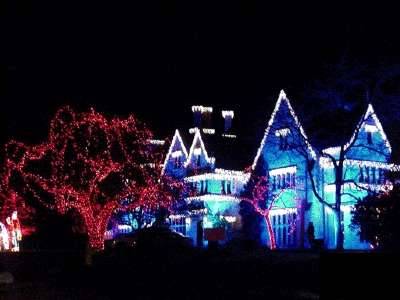 The Hartwood Acres Celebration of Lights has officially been cancelled for the 2012 holiday season because of rising costs and a lack of sponsors, according to the Allegheny County website.

The Celebration of Lights, which takes place at the Hartwood Acres Park in Allegheny County, has been a Pittsburgh tradition for 20 years. It features hundreds of holiday displays and usually runs from mid- November to January. Last year, the Celebration of Lights made 160,000 dollars for charity. The majority of that money was donated to Project Bundle-Up and the Salvation Army.

With more than two million lights decorating the many displays in the park, the cost of this event is typically somewhere around one million dollars. In the past, companies such as Rite Aid and UPMC have stepped up to help cover the cost. However, there was a lack of sponsors this year. County Executive Rich Fitzgerald stated in an article for Pittsburgh Post-Gazette.com that “The cost to operate the event has increased year after year, and unfortunately, sponsorships have declined. Last year, taxpayers had to cover most of the Celebration Of Light’s $1.5 million cost.”

Fitzgerald also explained that the county has “limited financial resources” and it was not feasible to continue offering this event. An article from Pittsburgh Post-Gazette.com stated that Allegheny County has been unable to hire new employees, and has recently had its emergency funds fall to under six million dollars. Fitzgerald felt that the county was in no position to pay for any part of the cost.

Since the news of the Celebration of Light’s cancellation on Monday, September 10th, many people have become concerned about the charities that the event supported. In an article for the Pittsburgh Tribune-Review, Major William Bode of the Salvation Army of Western Pennsylvania explained exactly how the organization would be affected. “We had counted on $100,000 for winter hats, coats, and gloves. That means 2,000 children will go without if we don’t get it. We’re asking people, foundations, and businesses to help us make up the difference,” Bode stated.

When asked about the charities, Rich Fitzgerald told Post-Gazette.com that “My administration is committed to doing anything we can to help them offset that loss, and we look forward to partnering with them to meet their mission of providing new winter outwear for disadvantaged children and seniors of Western Pennsylvania.”

The suspension of the Celebration of Lights will affect many people in Western Pennsylvania. However, there are still similar events happening in the Pittsburgh area. Other holiday display options include Kennywood’s Holiday Lights, Overly’s County Christmas in Greensburg, and the Oglebay Festival of Lights in Wheeling, West Virginia.

Anyone who is interested in Hartwood Acres or the Celebration of Lights can find more information at the Allegheny County website: http://www.alleghenycounty.us/parks/hwfac.aspx.