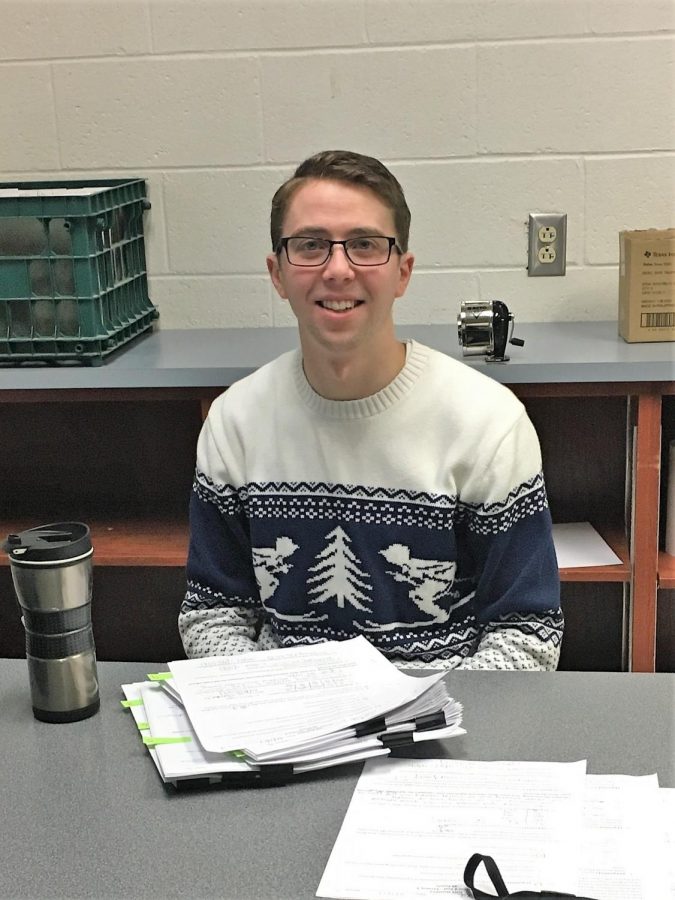 This month’s teacher feature article is highlighting Mr. Dickey, a former student that attended Seneca Valley before he became an AP and CHS statistics teacher at the senior high.

Dickey, who is experiencing his first year being a full time teacher here at SV, was not very nervous to start because he was “pretty familiar with the settings and surroundings and grew up in Harmony.” He also knew a bunch of teachers and administrators when he came here to teach back from when he went to school. “Mr. K was the principle when I went here too,” explained Mr. Dickey.

Dickey has student taught at Carson Middle School for North Allegheny, and interestingly enough taught for five years in Alaska.

When asked what he liked most about teaching at Seneca Valley besides the students, he explained that he loves the area and Pittsburgh. He also believes that the people in Seneca Valley are very “motivated people” and that really shows within the students here too.

Dickey has always liked math because he knew when he was right and when he was wrong. He thought that was the only subject that came easily like that to him. When he was attending Penn State University, he was a political science major and what really sparked his interest to notice that maybe his call was to teach was when he was a track coach and connected the two. He believed if he liked coaching so much, then maybe he would really enjoy teaching. After that, he switched majors into secondary education and never turned back.