Link Found between Obesity and Stress 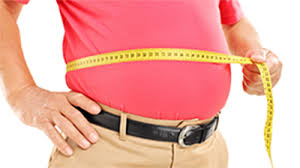 A new study finds that there may be a tangible link between the effects of stress and obesity.

According to the new report published in the scientific journal “Obesity”, people who experience chronic, long-term stress may also be more prone to weight gain and obesity.

According to CBS, researchers from University College London followed more than 2,500 men and women aged 54 and older over a period of four years and took a sample of hair from each participant to measure their levels of cortisol, a hormone which regulates the body’s response to stress. Each 2-centimeter lock of hair, representing approximately two months’ worth of hair growth, was tested for the accumulated levels of cortisol experienced during that time.

Researchers chose to analyze strands of hair rather than other genetic material, such as blood, saliva or urine, because levels of cortisol can vary in them depending on time of day and other factors. Hair continuously stores information that can later be analyzed, so long as it is not cut.

An analysis showed that people who had higher levels of cortisol present in their hair sample tended to have a larger waist circumference, were heavier, and had a higher BMI, indicating more body fat as opposed to muscle. Those classified as obese by either their BMI or waist circumference had particularly high levels of cortisol in their hair, the researchers report.

“These results provide consistent evidence that chronic stress is associated with higher levels of obesity,” lead researcher Dr. Sarah Jackson of the University College London department of Epidemiology and Public Health, said in a statement. “People who had higher hair cortisol levels also tended to have larger waist measurements, which is important because carrying excess fat around the abdomen is a risk factor for heart disease, diabetes, and premature death.”

Though the study provides convincing evidence for the case that stress causes obesity, the link is not necessarily so concrete. Some stressors may contribute more than others to obesity.

Susan K. Fried, Ph.D., an obesity expert and professor of medicine at the Icahn School of Medicine at Mount Sinai in New York City, noted, “As indicated in the paper, measurements of hair cortisol reflect exposure over the past several months. But the obesity in the people studied likely developed many years earlier. Thus, these high hair cortisol values may simply reflect social or biological stress associated with being obese.”

Researchers also note that most of the population studied had been obese for most of their lives, and thus could not definitively infer that stress was the initial cause of obesity.