Why Failing is the Best Thing We Can Do 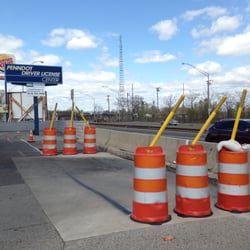 I have come to realize that one of the best things I have done thus far is to fail.

I’ll be the first to admit it: I fit the Type A description to a T, and I have never handled my own missteps well. My one true talent is being incredibly hard on myself for trivial reasons, and I know that many of my peers experience the same feeling on a regular basis. Still, I can say with relative certainty that I have never failed monumentally in any aspect of my life, whether that be in school, sports, or my relationships with friends and family.

That is, until I started driving.

From the first second I got behind the wheel, I felt an unsettling amount of anxiety. Each time a car drove toward me in the opposite lane, I winced. Parking was nearly impossible, and I gripped the wheel with white knuckles at every turn; clearly, driving did not come naturally to me.

Attaining my license had barely crossed my mind until the beginning of this school year when a friend asked for a ride. I told her that, no, I still didn’t have my license, and even if I got it, I wouldn’t have a car to drive.

The only part she heard, however, was that I don’t have my license, and connected this with the fact that I was nearly eighteen, thus leading to the classic remark: “How can you not have your license? That’s so embarrassing!”

Eventually, the offhanded comments from more people than I can count got to me, and I resolved to get my license before the start of my lacrosse season. I practiced relentlessly each evening after school and woke at the crack of dawn on Saturday mornings to parallel park at the Beaver Falls DMV. All things considered, I felt prepared for my first attempt at the road test.

And the second… and the third.

My reasons for failing were all minor infractions, and ultimately, I knew that I was a good driver. Because of the fact that I had never absolutely, one hundred percent failed before, I could not cope with it.

After the first time I failed the road test, I felt so frustrated and disappointed in myself that I couldn’t eat, focus on schoolwork, or even enjoy time with my friends; essentially, I had put myself in a mental rut that I determined I would not emerge from until I passed the test. I glorified having a license and silently berated myself for not being able to accomplish something that seemingly everyone around me attained with ease.

In retrospect, this was a complete overreaction. After all, over 50% of people fail their road test on the first attempt, and many people require multiple attempts to pass. But I was so consumed by my all-or-nothing mindset that I never considered that, in the big scheme of things, failing a driver’s test does not matter at all.

As high school students, we are expected to shoulder everything we possibly can in terms of classes, extracurricular activities, and social functions and  do it all without trouble or complaint. As I said earlier, before my first road test, I had never really failed anything.

But when I did, my eyes were opened to a simple fact I had never really considered: it is okay to fail.

Inevitably, we will all fail at some point. Instances of failure may not be as black-and-white as a road test, but failure will happen to everyone, and the sooner we learn to deal with it, the better off we will be for the next time we fail (because, yes, it will happen more than once!).

Accept failure, but never defeat. Learn from mistakes and try your best not to make them again, but realize it’s not the end of the world if you do.

I can truthfully say that I am thankful for failing because it taught me that sometimes life just doesn’t work out, even when you’re prepared, but most importantly that after said failure, life still goes on.

And thankfully, after three failures and four attempts, I can say that I am now a licensed driver.