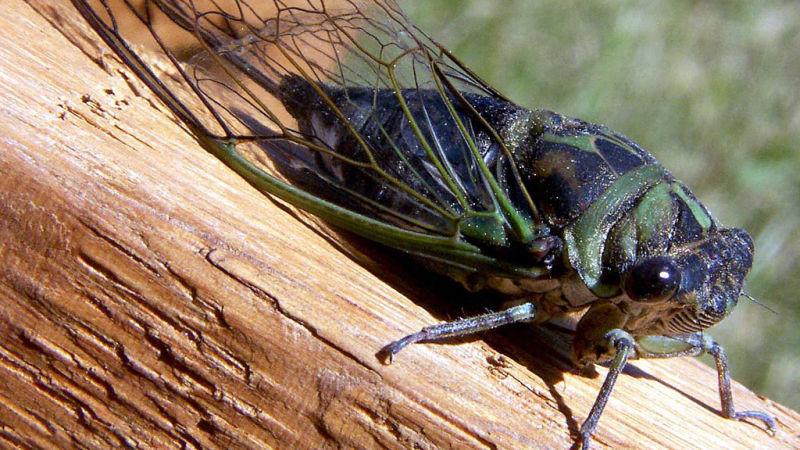 After seventeen years of hibernation, billions of noisy cicadas are set to emerge from beneath the ground this summer.

Every emergence of the cicadas is labeled by “brood” number. The one set to make their reappearance this summer has been named “Brood V” and hatched all the way back in 1999.

Specifically, bustle.com reports that Brood V is set to emerge in areas like New York, Maryland, Ohio, Pennsylvania, Virginia, and West Virginia at some point this summer. Though the exact timing of their reappearance cannot be accurately predicted, Bustle reports that weather conditions such as rainfall are likely to encourage the process, and they will surely emerge when the temperature is stably above sixty-four degrees Fahrenheit.

Cicadas are known to “buzz”, “click” and “drone”. Given that so many are expected to return this year, their arrival will likely be an extremely noisy one. In fact, according to National Geographic’s website, their mating calls can be heard from up to a mile away.

This species will luckily not pose a threat, given that they are herbivores. Though they do have many daunting features like a rather large, beetle-like body and immense wings, they have no defense weapons (such as stingers or teeth) and do not feed off of humans. Therefore, they’ll be mere pests and will not likely be a great nuisance, except for the noise.

USDA reported that each brood is still a “nymph” when they begin to burrow underground. Once they are ready to emerge, they are developed into adults, and leave their old skins behind as they return to the world.

According to CNN, the noisy insects only emerge from underground every thirteen to seventeen-year period to mate. The process of attracting a mate is noisy business, and will likely cause a disturbance. After the mating, the mother will lay her eggs in “hundreds of rice-sized eggs in tree branches”. Given that the average cicada life span is a mere four weeks to six weeks in length, the parents will likely be dead well before their babies hatch. After the new generation of cicadas crawl into the world, they will promptly burrow underground where they will rest for another seventeen years.

The next brood of cicadas in the Pennsylvania region is set to occur in 2033. However, CNN reported that “Brood IV” is set to emerge from underground next year in places like Georgia, North Carolina and South Carolina.