Talent vs. hard work: Which leads to success? 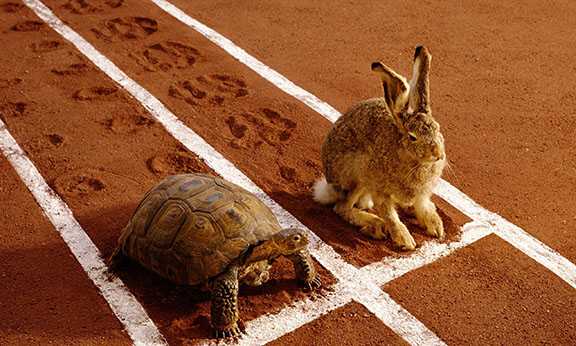 Two contradicting components are often considered in the formula for success: natural talent and hard work.  In reality, does one of these actually give an edge over the other in the classroom, workplace, and competition?

Hard work has always been stressed as the key to success in life.  Work hard to ace the test; work hard to make the team; work hard to get the promotion.  Hard work is noted as the very foundation on which America was built, the extraordinary motivation of average people propelling them ahead in life.

Talent, on the other hand, is not something which can be gained.  Talent is concrete; either it is present or absent and is determined by a number of uncontrollable factors.  So, can persistence and tenacity overcome innate aptitude, or does natural talent have an invincible edge?

A study conducted by Dr. Chia-Jung Tsay, a psychologist at the University College London, sought to answer this question in a social experiment evaluating entrepreneurs and the way they were perceived by investors.

According to The Economist, in a series of experiments, Tsay showed a group of nearly 900 U.S. investors profiles of fictional entrepreneurs that contained information about their leadership experience, management skills, IQ and the amount of money they’d already raised.  In one experiment, the profiles hinted at whether an entrepreneur’s success was due to natural talent or to hard work and determination.  In a similar experiment, the entrepreneur profiles were either labelled explicitly as “naturals” or “strivers”.

The results of both experiments showed that the naturals were consistently at a significant advantage in the eyes of the investors, while the strivers were rarely shown preference.

On the other hand, the famous Kevin Durant maxim, “hard work beats talent when talent fails to work hard,” must be true to some degree.  No one is simply born a concert pianist, successful businessperson, or professional athlete.  Talent is simply a starting point from which skills are honed through dedication and practice; in other words, long hours and hard work are still required from those who possess innate talent in order to reach their full potential.

Those who use their natural talent to excel are not complacent, often dedicating much of their lives to continue improving even further.  After all, professional athletes do not roll off the couch and show up to a game or meet, just as a musician does not pick up their instrument right before a performance without first warming up.  The hours spent sharpening skills are just as important as the talent that was present to begin with.

Natural abilities are undoubtedly the reason for the successes of a select few.  However, these capabilities must be utilized in conjunction with a strong work ethic in order for an individual to truly flourish in a specialized field.  Talent is often glorified in modern society, but without effort and dedication, talents can never fully develop.  Behind every successful, talented individual is an unrivaled commitment to greatness.