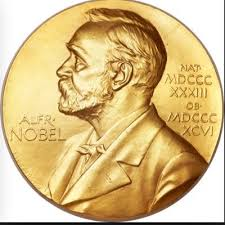 Between October 5th and October 12th, the Nobel Committees based in northern Europe collectively chose this year’s winners of the Nobel Prizes.

The nominators, from many different associations, were given the task of selecting the winners of six different categories and did so in time for the rewards to be awarded on December 10th, 2015.

Since 1901, an assortment of “Nobel Prizes” have been awarded in a perpetually growing number of categories. The award was named after Swedish philanthropist Alfred Nobel. Prior to his death in 1896, Nobel led a very illustrious life, trying to make the world a better place through different inventions and forward-thinking political views. When he penned his will in 1895, he established that his vast fortune was to be used in order to begin awarding yearly prizes in the “Physics, Chemistry, Physiology or Medicine, Literature, and Peace” fields, according to Nobelprize.org. Over the course of the next century, the Nobel Committee’s accolades began to gain a resoundingly large presence in the international community.

Even though it has been 114 years since the first prize was awarded, Nobel Prizes remain incredibly sought after by humanitarians everywhere. This year, there were 6 different award categories and each category’s winner(s) was selected this week. The newest division of award, the Prize in Economic Sciences in Memory of Alfred Nobel, was first introduced in 1969. This year it was given to Angus Deaton, an economist with both Great British and U.S. citizenship. A professor at Princeton University, Deaton was lauded by the Nobel Prize Committee for “his analysis of consumption, poverty, and welfare” and how said analysis improved findings regarding world poverty.

Other areas of science were also a part of the award period. In physics, Canadian Arthur McDonald and Japanese physicist Takaaki Kajita were both rewarded on the grounds of discovering that neutrinos have mass. Chemists Tomas Lindahl (Great Britain), Paul Modrich, and Aziz Sancar (both American) won the Nobel Prize in Chemistry for their collective studies of DNA repair. This research is set to provde crucial information regarding the fight to cure various cancers.

The medicine field was also won by multiple scientists. One half of the award went to the pairing of Irishman William Campbell and Japanese Professor Satoshi Omura for their discoveries regarding harmful parasites. The other half of the medicine prize went to Youyou Tu, a resident of China who singlehandedly discovered “a novel therapy against malaria”, according to the Nobel Prize’s official site.

Literary genius Svetlana Alexievich was awarded the Nobel Prize in Literature for 2015. Alexievich, a Belarusian poet, captured the essences of both suffering and courage in her writings regarding Eastern-European historically significant ordeals.

The Nobel Peace Prize was the last sponsorship to be distributed. Being arguably the most famous of the prizes, the Peace Prize has been given to many of the twentieth and twenty first century’s most prominent and exceptional individuals. This year, the “National Dialogue Quartet” of Tunisia were selected as the committee’s choice for the honor. Their work in traversing obstacles while trying to establish democracy in their North-African nation put compromise and peace before unnecessary violence.

Mr. Nobel’s legacy lives on through the minds of some of the world’s smartest individuals and groups. And his prize system is set to reward said humanitarians for years to come.