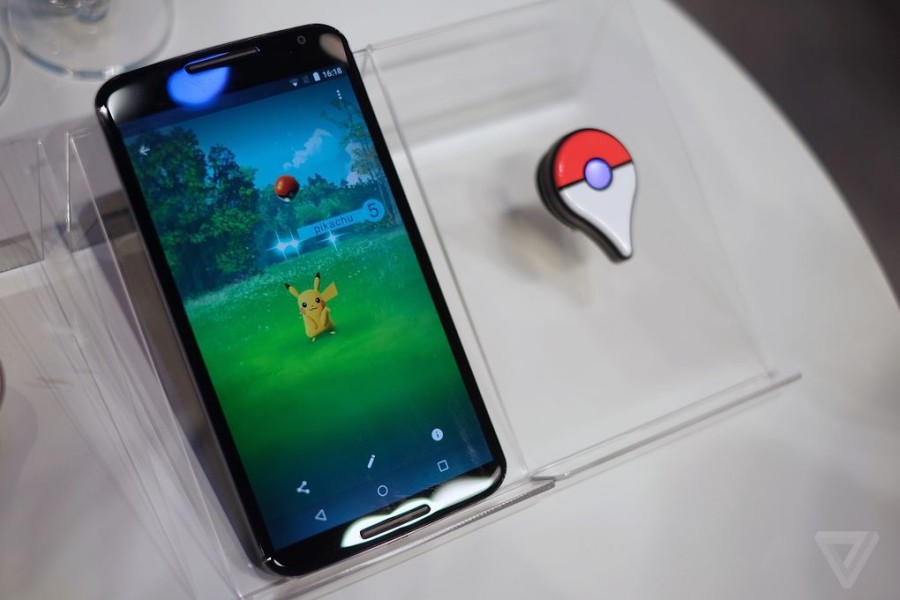 Collaborating with Niantic, a group already well recognized for their work in augmented reality mobile games, Nintendo plans to make a free to play app compatible with Apple and Android devices that brings Pokémon from screens to the real world and is slated to be released in early 2016, possibly even as soon as February.

The main focuses of the game is to get people to explore the world around them, and interact with other people through trading Pokémon. The general idea of the game is that the app will give a notification whenever a wild Pokémon is near the user, or as the developer team calls them, trainers, and then give directions on where to find it. Once a trainer finds the Pokémon, they just have to throw a Pokéball and hope they catch it.

However,  Nintendo seems most hopeful about the community that the game will create. Nintendo has always been very adamant about interaction between different people playing the game through trading with and battling against each other, even making certain things in the game require trading with a friend to accomplish. Being more realistic than any game Nintendo game before it, Pokémon GO has high hopes.

Not  much about the game has been released. However there was a rare press conference held in Toyko, Japan on September 10, 2015 because Nintendo felt the need to explain how an optional accessory called Pokémon GO Plus will work. Essentially it is a Bluetooth charm that one can wear on a bracelet or clip onto a belt or shirt pocket to make it possible to actively keep an eye on the game without having to walk around staring at your phone constantly. It will link to the trainers phone, and instead of having to constantly check the app to see if wild Pokémon are nearby, the GO Plus device will flash LEDs to alert the trainer for them to then check the app and respond accordingly. It can also alert the trainer when they walk into an area that corresponds with a location in the Pokémon GO virtual world by vibrating and glowing.

It has been said that Pokémon GO at launch will only be supporting the original 151 Pokémon from the original Red and Blue games, but one can hope Nintendo will work up to the 718 Pokémon in existence as of Pokémon X and Y.