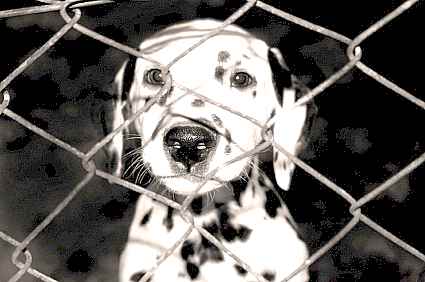 With October’s vibe full of ‘new beginnings’, it’s easy to understand why it was chosen to be Adopt a Shelter Dog Month.

A startling statistic: Each year roughly 6-8 million dogs and cats will be taken care of in shelters in the United States alone.

An even more startling statistic: Roughly 3-4 million of those dogs and cats will have to be euthanized.

With the rise in food and necessity costs, many pet owners are forced to hand over their loving pets to shelters in order to maintain a better life for them. As the number of new animals increases, the number of adoption cases still seem to remain the same. Although it’s understandable that with our economy many can not afford to take on a new finance such as a pet, it’s still a shame to see people spend over a thousand dollars on a pure-bred animal when there are already millions in need of a loving home in shelters world-wide.

Because of this outstanding and frightening statistic, the ASPCA decided to deem October as ‘Adopt a Shelter Dog Month’. This decision was made in order to spread shelter dog awareness to our society and promote the idea of adopting a new member of your family rather than buying them from puppy mills and other profit-seeking industries.

There are many things we as a society can do to help promote the idea of adoption- whether it be sending a simple tweet supporting the ASPCA or getting involved with a local humane society by offering to volunteer or merely spread the word.