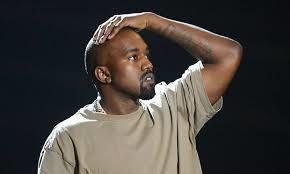 Kanye West’s promotion of his newest album, “The Life of Pablo”, has helped keep the famed music artist in the public eye. But it’s West’s various non-musical escapades that have brought attention to the internationally acclaimed superstar in less positive ways.

While fans surely appreciate and praise the American hip-hop star’s brash and upfront personality, many believe that Kanye’s “arrogance” have led some of his latest decisions into more harmful areas. The performer has spent most, if not all of his career exposed to the American public but his exploits in 2015 and now in early 2016 have usurped the severity of many of his past, more innocent decisions.

The recent spell of radical statements can perhaps be traced back to the 2015 MTV Video Music Awards, where West announced that he would be running for President in 2020. Kanye, albeit prone to making profound proclamations at awards shows (see 2009’s “interruption” of Taylor Swift’s “Best Female Video” win), was only just getting started.

Since his announcement, West has been involved in an abundance of different widespread arguments, unfiltered statements, and even some pleas, most of which came from the recording artist’s official Twitter account.

The very active profile was where Kanye instigated an online “beef” with fellow rapper “Wiz Khalifa” over both professional and personal differences between the two. Model Amber Rose, a former partner of both West and Khalifa, even added a few statements regarding the feud, openly aligning herself against West’s tirade.

Twitter was also West’s medium for promoting his new album and his newest clothing line, which he entitled “Yeezy Season 3” according to the Daily News. After traversing a number of (some rather hypocritical) topics on the social media site, West announced that he was $53 million in debt and asked Facebook founder Mark Zuckerberg to bail him out in order to “bring more beautiful ideas into the world”.

The rather flamboyant and perhaps shallow array of miscellaneous actions continued when West was found to have taken part in a rage-induced rant behind the scenes of NBC’s “Saturday Night Live”, where he played as the event’s performer on February 13th. The bitter diatribe perhaps came full circle when Kanye reportedly assailed Taylor Swift during his “meltdown”.

It has been reported by multiple outlets, such as MSNBC, that the recent spell of chaotic media situations has upset Kanye’s wife of almost two years, model Kim Kardashian. The couple, who recently gave birth to their second child, Saint, are said to be working through what must be a rather difficult and stressful time in their very visible lives. Kanye himself has even begun to regretfully look back on some of his past attitudes, saying that he must humble his self-prescribed unhealthy “ego”.