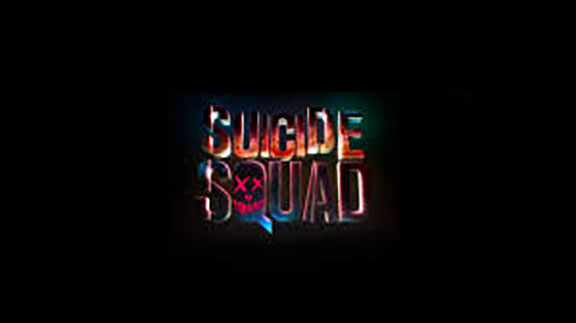 The latest Suicide Squad trailer was released to the public as of January 19, 2016 during the Dawn of the Justice League special on the CW channel.

The trailer was uploaded hours after two posters teased the trailer’s release. The first poster was posted on the official Suicide Squad Instagram two days before the trailer’s release and showcased many whimsically drawn skulls, each tailored to portray an antihero in the Suicide Squad. Individual posters of each skull separately were submitted throughout the following day on social media sites.

The next poster, however, gathered the most buzz amongst social media sites. This picture had the cast in its entirety, all standing in a large group while the Joker lurks in the background away from the others.

While the poster did gather much excitement, it also stirred up plenty of speculation as well, and conceived many new theories amongst fans. These theories were created after careful concentration towards some of the character’s locations on the poster. Primarily, the focal points of the poster were the three characters that typically gather the most conversation in the Squad. These three being the Enchantress, in all her disheveled glory, the cutesy and playful Harley Quinn, and the Joker, whose image has very much deviated from past forms of representation.

What sparked so much speculation about the three in the poster was the positioning of these particular characters. It is without a doubt that Harley Quinn filled in the center spot of the picture due to her massive amount of popularity and tremendous role in current pop culture. But it is Enchantress who takes the spot of being front and center on the photograph, despite the fact that she is a fairly unknown character in the DC Universe. This has lent more evidence to the theory that Enchantress will be the primary antagonist of the film and not the Joker as most had originally assumed. Many have theorized that because of her disheveled appearance, the fact that she is not truly allotted a spot in the comic book’s Suicide Squad, and due to her minimal screen time during the trailers, DC will be using the Enchantress as the supernatural criminal that the Squad must hunt down.

Lastly, the Joker is completely separated from the rest of the cast for reasons that the casual superhero fan might not be entirely aware of. While the Joker will undoubtedly be a large and fascinating part in the movie (seeing how he gathered nearly as much buzz as his partner-in-crime, Harley Quinn), he is not actually a part of the Suicide Squad itself. Many theorists have speculated that the Joker’s only role in the film will be to be featured through flashbacks uncovering and explaining Harley Quinn’s past. This unfortunately would conclude that the most beloved super villain would receive only small amounts of screen time, but his feature in the film at all will be monumental nonetheless. This is because Suicide Squad’s August debut will mark the first live action adaptation of the Joker and Harley Quinn’s relationship which has gotten many avid fans tremendously excited to say the least.

But aside from the posters hitting the internet, the latest trailer has also been posted as well. The majority of viewers and fans have responded positively to this glimpse at the adaptation of their favorite comic book antiheroes.

This trailer brought about a rather stark contrast between this trailer and the other one put out six months ago. The previous teaser trailer was released shortly after Comic Con, due to popular demand. It showcased the Suicide Squad in a rather dower light as it portrayed these criminals with a rather grungy aesthetic and overall made the future film seems action packed yet saddening at the same time.

This new trailer, however, completely reversed this affect and had the team of antiheroes painted in a more colorful light and frequently featured strings of dialogue or small actions that provided a more comical appeal. So by looking at the two trailers already given to us side by side, it appears that the movie will feature aspects similar to the ones shown in the Deadpool trailer. Expect the Suicide Squad movie to be one filled with humor (likely provided by Harley Quinn, with the occasional darker jokes from the Joker) as well as action, stunts, and most likely gore, to make this film fit in with Zack Snyder’s image of a darker DC cinematic Universe.

The trailer also implied that the film will rely heavily on character backstory as the small clip frequently flickered between past well known origin stories and the present day Suicide Squad. This could cause some sequential problems like the ones represented in Man of Steel when viewers became aggravated by the frequent cut-backs to various Superman memories. Should the Suicide Squad movie decide to go this route, it could be a serious narrative issue because doing this structure of storytelling is known to take the viewer out of what they’re watching.

Either way, though, it is undeniable that watching Harley’s origin story, at least for the first time as a live action adaptation, should be thoroughly entertaining and will likely provide great fan service to the well-read viewers.

The majority of reactions after the trailer’s release were overwhelmingly positive. Some have even taken to social media sites to claim that it will be the best superhero film of 2016 which is a broad statement given the abundance of comic book based films set to come out this year.

This new glimpse at an assumingly great film has gotten fans on the edge of their seats and waiting for 26 August, 2015.