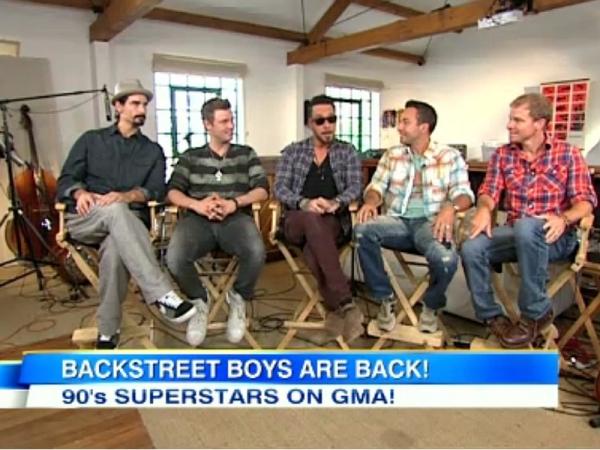 Nick Carter, Brian Littrell, AJ McLean, Kevin Richardson and Howie Dorough were officially reunited on the stage of “Good Morning America” Friday, August 31. After their performance, they had a few big announcements for their fans which included a Backstreet Boys cruise tour and a new album.

The Backstreet Boys told Good Morning America that, “2013 is going to be a big year for us. It’s our 20th anniversary. We’re in the studio right now working on the album.” Richardson went on to say, “We are gonna have that ready, hopefully, for the beginning of next year.”

McLean made point to chime in and say that the cruise will be next October. That was later reconfirmed the cruise on Twitter.

This news has spread rapidly through social networks, fansites, and even papers such as the New York Times which stated, “The rise of the music cruise has been an unexpected bright spot!”

This cruise will allow fans to have the ultimate VIP ticket. It will give them the chance to interact with the boys on their own cruise as well as performances by them. This concert cruise in 2013 will mark their reunion and two decades as a band.

“The band closed the “GMA” summer concert series right before Labor Day weekend and the official end of summer, marking a momentous moment for BSB, who formed in Orlando, Fla., 20 years ago,” stated nydailynews.com.

The Backstreet Boys are currently living together in London recording a new studio album, Us Weekly reported in July.