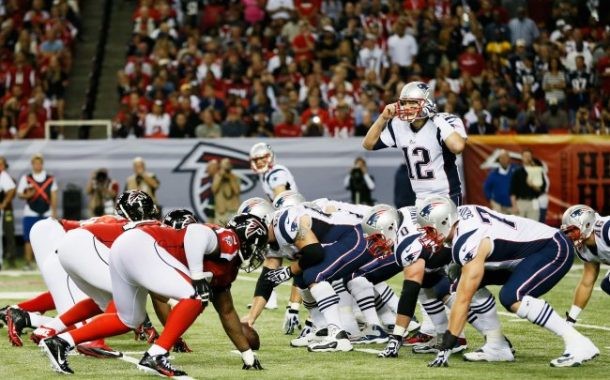 The stage is set for the fifty-first annual National Football League’s Super Bowl.

In Houston’s NRG Stadium, the New England Patriots will meet the Atlanta Falcons in what will presumably be an instant classic, potentially headlined by an offensive shootout.

The New England Patriots, the champions of the American Football Conference, had little to no trouble throughout their regular season and playoff campaigns. After a 3-1 start to the year, quarterback Tom Brady returned from a four-game suspension and led the Patriots to an 11-1 record to finish off the regular season with a record of 14-2 and their eighth consecutive AFC East division title.

The Atlanta Falcons, the champions of the National Football Conference, took a different path to Houston. Through their first seven games, the Falcons were sitting with a modest 4-3 record. However, quarterback Matt Ryan and wide receiver Julio Jones helped lead a second-half surge to get the Falcons to a final record of 11-5 and their first NFC South division title since 2012.

The Falcons, in what became their final two games at the Georgia Dome, totaled 80 points en route to blowout wins over the Seattle Seahawks in the NFC Divisional Round and the Green Bay Packers in the NFC Championship Game.

The Patriots, led by a surging mix of offense and defense, coasted past the Houston Texans in the AFC Divisional Round and the Pittsburgh Steelers in the AFC Championship Game.

Dan Quinn, headman of the Falcons, led Atlanta to the Super Bowl in just his second season as head coach. However, Quinn was the Seahawks defensive coordinator in their Super Bowl appearances in 2014 and 2015, as referenced on the Atlanta Falcons website.

The Falcons’ franchise has only appeared in one other Super Bowl, of which they lost to the Denver Broncos in 1999.

Heavy.com notes that the meeting between Atlanta and New England will be the first since week 4 of the 2013 season, when the Patriots defeated the Falcons by a score of 30-23 in what will have been their last trip to the Georgia Dome.

The Falcons plan to open the newly constructed Mercedes-Benz Stadium (adjacent to the Georgia Dome) in the coming months.

Under the NFL’s scheduling format, the Patriots and Falcons will get their chance to either defend their title or seek retribution in the 2017 regular season in a meeting at Gillette Stadium.

For now, however, the Falcons will work to bring Atlanta its first ever Super Bowl title, while the Patriots will look to polish their revered dynasty and add another Lombardi to the Gillette Stadium trophy cases.