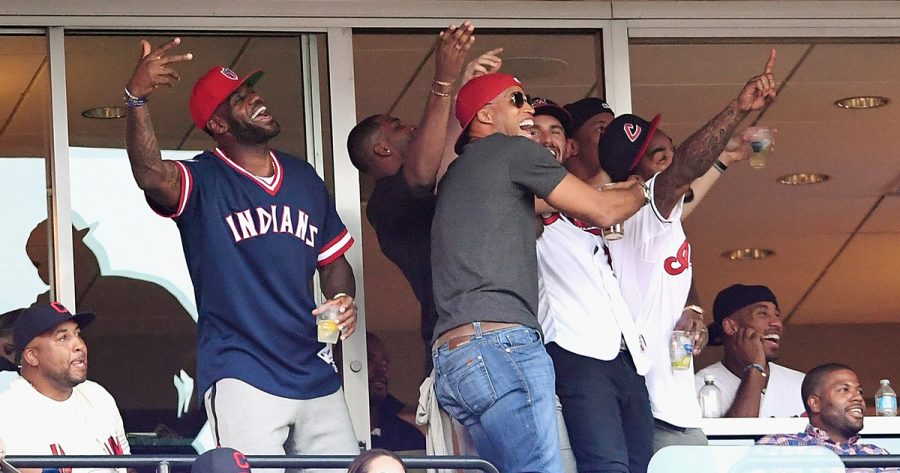 In a year where underdog sports teams all over the world have reigned supreme over their more stereotypically successful counterparts, the city of Cleveland as a whole has perhaps topped any specific professional team in unprecedented success.

While the Browns are unfortunately still trapped in failure (they have a record of 0-7 as of Week 7 of the NFL season), Cleveland’s football prospects are absolutely nothing compared to what the Cavaliers and “Indians” have done for the city in basketball and baseball respectively this year.

And this past Monday symbolized all of that success for both of the historically underperforming teams. The hype and emotions that surrounded the championship ceremony for the Cavs prior to their home opener at Quicken Loans Arena was matched in scale at the first game of the 2016 World Series at Progressive Field.

The Cavaliers’ involvement in the historical night has been a long time in the making. The team has been clamoring for a NBA title for quite some time now, and superstar LeBron James’ exit and eventual return to the team has only brought this fact further into the light during recent years.

James, who is subjectively the best player in the world currently (and perhaps even of all time), was instrumental in the Cavaliers’ 2015-2016 title run that led them into Monday night. It was the first ever title for the team, and James gave his own hometown of Akron the chance to watch their championship banner rise before his team proceeded to thrash the New York Knicks by a score of 117-88. James would finish the game with a triple-double, according to ESPN.

Across the street from Quicken Loans Arena was an event that no one realistically saw coming. If it wasn’t shocking enough that the Chicago Cubs would be featuring in their first World Series since 1945, their opponents had even less of a chance of making to the final series of the MLB season this year.

The Cubs at least had a tremendous chance at making the Series this year; Cleveland had a much lower chance of staying alive throughout the postseason. They made short work of the Boston Red Sox before beating the Toronto Blue Jays in the ALCS, even though many pundits prior to the playoffs believed that they would never escape the Division Series.

But the Indians proved their doubters wrong and played their in their first World Series game since 1997 on Monday.  And the team only furthered their unpredictable success by obliterating their National League-winning opponents by a score of 6-0.

Whether or not the “Tribe” goes on to win their first World Series since 1948, they certainly helped give the city of Cleveland on of its greatest sports days in its entire history.