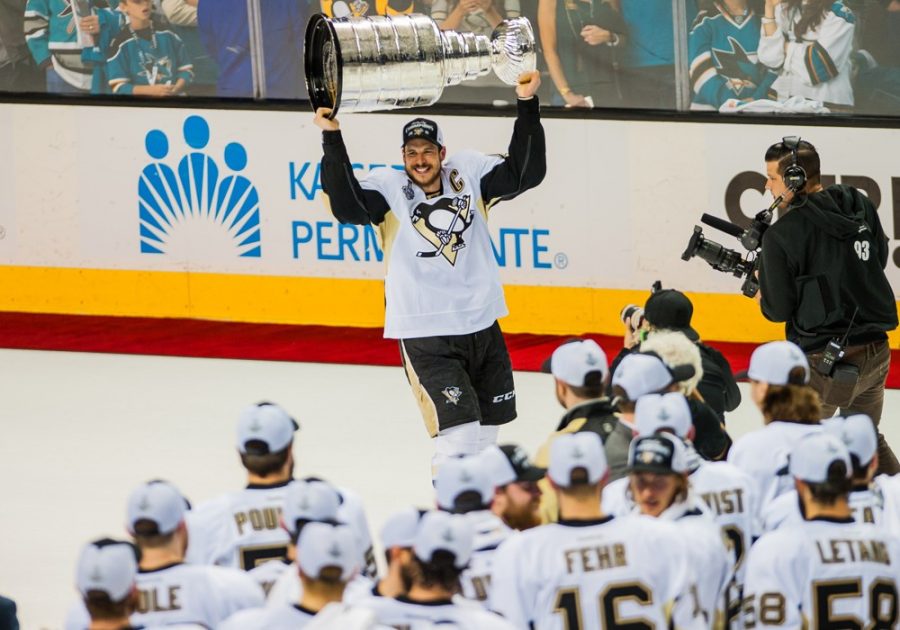 Emotions will be in the air throughout the 2016-2017 season when the Pittsburgh Penguins attempt to defend their 2015-2016 Stanley Cup.

For the first time in their new venue, the Pittsburgh Penguins will get to raise a Stanley Cup banner. However, in an unusual turn of events, it became clear that Consol Energy Center would never get to see a banner raised within its confines.

On Tuesday, October 4, as mentioned by NHL.com, Pittsburgh’s multipurpose arena struck a 20-year deal with PPG Paints for the arena to be renamed to PPG Paints Arena. The name took effect immediately, so PPG Paints Arena will get to assist in the raising of the Penguins’ first Stanley Cup banner since 2008-2009.

The 2016-2017 season holds much promise for the Penguins, which is not always the case for defending Stanley Cup champions. Pittsburgh returns all but two members of last year’s Stanley Cup puzzle. Defenseman Ben Lovejoy departed for the New Jersey Devils, while goaltender Jeff Zatkoff inked a deal with the Los Angeles Kings.

However, the test is not easy. The Penguins will have to weather the regular-season storm of the Metropolitan Division, which houses four additional playoff teams from the 2015-2016 campaign (Washington Capitals, New York Rangers, New York Islanders, Philadelphia Flyers).

On Thursday, October 13, the Penguins will raise their fourth Stanley Cup banner in front of Alexander Ovechkin and the Washington Capitals, of whom the Penguins defeated in a six-game semi-final series last year.

Additional highlights of the ’16-’17 campaign include rematches with the Western Conference Champion San Jose Sharks on October 20 and November 5, the first match up of Canadian superstars Sidney Crosby and the Edmonton Oilers’ Connor McDavid on November 8, an outdoor match up with the cross-state rival Philadelphia Flyers at Heinz Field on Saturday February 25 as part of the Coors Light NHL Stadium Series, and the Penguins’ first trip to the newly-christened Rogers Palace in Edmonton against the Oilers on March 10.

Speed, talent, skill, chemistry, solid coaching, an executing general manager. Name it, and the Penguins probably have it.

Whether it be the grit and scrap of Nick Bonino or Patric Hornqvist, the speed of Carl Hagelin or Conor Sheary, the exquisite wrist shot of Phil Kessel or Bryant Rust, or just the overall perennial skill of Sidney Crosby or Evgeni Malkin, the Penguins have all the places in piece to bring the Stanley Cup back to Pittsburgh.